A 16-year FedEx veteran will take over financial leadership for the company, succeeding Carol Yancey upon her retirement.

ATLANTA — Genuine Parts Company announced Jan. 25that Carol Yancey, Executive Vice President and Chief Financial Officer, has informed the Board of Directors of her plan to retire at the end of May 2022, after a distinguished 30-year career with the company. The company also announced that Bert Nappier will join as Executive Vice President and Chief Financial Officer-Elect, effective February 28, 2022. Nappier will assume the role of Chief Financial Officer on May 2 and Yancey will serve in an advisory role until her retirement to assist in an orderly and seamless transition. Nappier will have responsibility for GPC's global financial operations and will play a key role in advancing the company's strategic initiatives. He will report to Paul Donahue, Chairman and Chief Executive Officer.

"We are very pleased to welcome Bert Nappier as our next CFO. Bert is a strategic financial executive with broad expertise in key areas such as global finance, operations and business strategy. We are confident his diverse background, extensive experience and leadership skills will make him a valuable addition to our executive management team. We look forward to his contributions to the next phase of growth at GPC," Donahue said.

GPC is the parent company of Motion, No. 3 on Industrial Distribution's 2021 Big 50 List.

Nappier will join GPC with a diverse background spanning nearly 25 years, including the last 16 years with FedEx Corporation. Since June 2020, he served as Executive Vice President, Finance and Treasurer, where he led teams responsible for corporate finance, cash management, global tax planning and strategy, risk management and corporate development. Mr. Nappier also held executive roles in Europe, serving as President of FedEx Express Europe and CEO of TNT Express, the largest ever FedEx acquisition, from June 2018 to May 2020 and Senior Vice President Finance and International CFO of FedEx Express for the two years before that. Prior to Europe, Mr. Nappier served FedEx as Corporate Controller and Staff Director, Financial Reporting. Before joining FedEx in 2005, he was Director of SEC Reporting and Accounting for Wright Medical Technology, Inc. and an Audit Manager at Ernst & Young LLP, with six years in public accounting.

"On behalf of the entire organization, we want to thank Carol for her 30 years of dedicated service to GPC, including the last nine years as CFO," continued Mr. Donahue. "Carol's leadership and numerous contributions have been instrumental to the significant growth and strong financial performance of the Company. She has also been a mentor to many, and her positive influence will have a lasting impact on generations of professionals across the GPC organization. Carol will be greatly missed, and we wish her all the best in her retirement."

Founded in 1928, Genuine Parts Company is a global service organization engaged in the distribution of automotive and industrial replacement parts. The Company's Automotive Parts Group distributes automotive replacement parts in the U.S., Canada, Mexico, Australasia, France, the United Kingdom, Ireland, Germany, Poland, the Netherlands and Belgium. The company's Industrial Parts Group distributes industrial replacement parts in the U.S., Canada, Mexico and Australasia. In total, the Company serves its global customers from an extensive network of more than 10,000 locations in 15 countries. Genuine Parts Company had 2020 revenues of $16.5 billion. Further information is available at www.genpt.com. 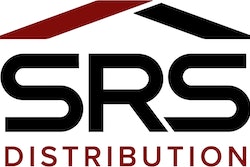 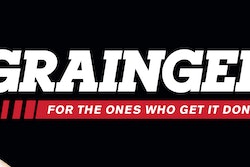 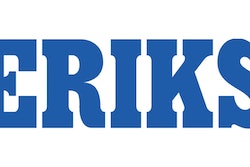