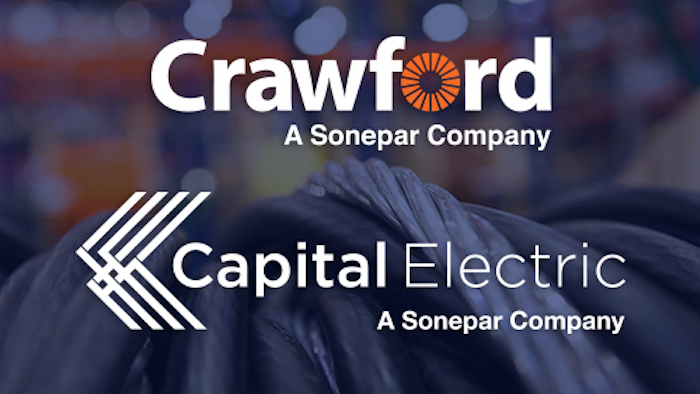 “Tim’s leadership and passion for the associates has been key to Crawford’s continued success,” said Andy Waring, Sonepar USA Central Region President “We thank Tim for his hard work and dedication, and I look forward to continue working and collaborating with him.”

“Mike has been a strong leader for Capital since coming on board and we appreciate all of his contributions to the business,” said Alan Rosenfeld, Sonepar USA East Region President. “Crawford is fortunate to have Mike’s vision and commitment leading them into the new decade.”

Sonepar North America is an independent, family-owned company in the B2B distribution of electrical, industrial and safety products, services and solutions. Headquartered in Charleston, SC, Sonepar North America has over 900 locations across the US, Canada, Mexico and Latin America. Sonepar is a member of the Sonepar Group, the world’s largest privately-held electrical distributor.

Sonepar North America was No. 12 on Industrial Distribution's 2019 Big 50 List, on account of its $2.9 billion in 2018 industrial product sales.

Irby President to Retire in June