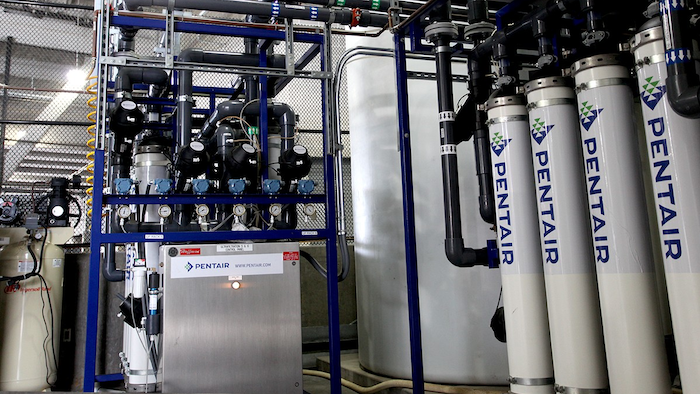 Pentair, incorporated in London and with main offices in Minneapolis, MN, said that it has commenced a search for its next CFO and that Borin will remain in his role through the search process.

“On behalf of Pentair, I want to thank Mark for his many and significant contributions to Pentair over the past 12 years,” Pentair president and chief executive officer John Stauch said. “Mark is a well-respected senior executive who, as Chief Accounting Officer beginning in 2008 and CFO since 2018, has been instrumental in establishing the financial foundation for Pentair as a pure-play water company and helping position the Company for future success as we execute on our strategic vision to be the leading residential and commercial water treatment company. We wish Mark continued success in this next chapter of his career.”

"We are very pleased to deliver fourth quarter and full year results in line with our expectations," Stauch said. "During 2019, we completed two strategic acquisitions that allowed us to move closer to the consumer. We made great strides in accelerating our growth investments around marketing, brand building and innovation.”

"This new segment structure is focused on better alignment around our product and service offerings by customer type to maximize the customer experience and drive profitable growth," Stauch said.

Pentair has approximately 120 locations in 25 countries and 10,000 employees.