Kimberly-Clark Corporation announced that its Board of Directors has named Michael D. Hsu, 54, Chief Executive Officer. 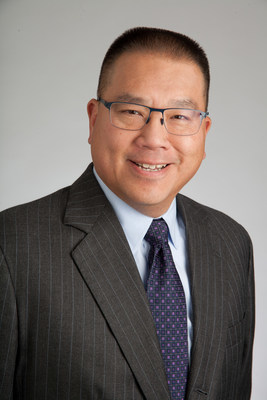 DALLAS - Kimberly-Clark Corporation announced that its Board of Directors has named Michael D. Hsu, 54, Chief Executive Officer, effective Jan. 1, 2019. Hsu will continue to serve as a member of the company's Board of Directors. Hsu has served as Kimberly-Clark's President and Chief Operating Officer since Jan. 1, 2017. Before that, he oversaw the company's nearly $8 billion North American Personal Care and Consumer Tissue businesses.

"Mike is a great choice to become Kimberly-Clark's next CEO and lead the company forward in its next phase of growth and value creation," said Falk. "His passion, vision and track record of delivering great results will build upon Kimberly-Clark's nearly 150-year legacy of caring for the needs of people around the world while achieving top-tier performance."

Speaking on behalf of the Board of Directors, Ian Read, Lead Director, added, "We are delighted that Mike will be Kimberly-Clark's next CEO. As part of the Board's ongoing focus on executive succession planning, Tom and Mike have worked closely with the Board over the past two years to plan this transition. We are highly confident Mike is the right leader to build on Kimberly-Clark's proud history. At the same time, we thank and recognize Tom for his incredible leadership as CEO.  During his tenure, Kimberly-Clark transformed into one of the world's leading consumer products companies and delivered significant growth and shareholder value. In short, he has ensured that Kimberly-Clark has a great foundation from which to succeed in the future."

Falk led the creation of the company's Global Business Plan, which prioritizes growth opportunities and applies greater financial discipline to operations. The plan was launched in mid-2003 and has allowed the company to generate sustainable growth and shareholder returns. As CEO, Falk also strengthened the company's culture, diversity and commitment to sustainability around the world.

"I am honored and proud to have the opportunity to lead this great company following Tom," said Hsu. "When I joined Kimberly-Clark, I was looking for a company that was focused on improving lives, that was committed to doing things the right way and that had a strong culture. I'm looking forward to building on Kimberly-Clark's rich legacy, winning with our trusted brands and making lives better around the world."

Prior to joining Kimberly-Clark in 2012, Hsu was Executive Vice President and Chief Commercial Officer at Kraft Foods. Before Kraft, he spent six years at H.J. Heinz, holding the positions of Vice President, Marketing for Ore-Ida and Frozen Meals, and later as President for Foodservice. He launched his career in the consumer products industry as a consultant with Booz Allen & Hamilton, where he rose to partner in the firm's consumer practice. He holds a bachelor's degree from Carnegie-Mellon University and an MBA from the University of Chicago.

Builders FirstSource CEO to Retire in 2020

Former Plaskolite and Polymershapes chief executive takes over that same role at ORS Nasco and MEDCO, which were recently carved out of Essendant through a private acquisition.
Mike Hockett
Jan 8th, 2020

Ryan Sasscer has been named director of e-commerce and digitization for the electrical/industrial distributor, effective Jan. 1.
Sonepar USA
Dec 12th, 2019

Marty Kenney will retire as president on Dec. 13, and the company has made a chain of internal promotions to move forward with.
Mike Hockett
Dec 6th, 2019

Guy Unterberg, who joined the company in 2017, brings more than 25 years of experience in business development, sales operations and market forecasting to the role.
Essendant
Dec 5th, 2019