The promotions are at the positions of EVP of sales and marketing, and chief legal officer and general counsel.

COLUMBUS, OH — Two executives are being promoted at Kimball Midwest, a national industrial supplier based in Columbus, OH.

“Patrick’s promotion is an important move as we work to maintain our vision of remaining family owned and operated,” President and CEO Pat McCurdy said. “It is the next step in our succession plan as we build toward the future in 2021 and beyond.”

Patrick McCurdy started his Kimball Midwest career in 2006. After roles in several departments, he became National Government Manager in 2010. He organized and developed the government team, increasing sales and participation by 300%.

In 2013, he took the responsibility of Director of Strategic Sales, where he doubled sales in just three years. He was named General Sales Manager in 2016 and steadily increased his responsibility until being named Vice President of Sales in 2019.

“Holly has a history of successful partnerships throughout the company,” Pat McCurdy said. “We value her pragmatic, business-focused legal advice. The team she has built is equipped to provide rapid response and effective support to our entire organization.”

Kimball Midwest is a family-owned, national distributor of MRO products that has been providing superior products and superior service since 1923. The company services sales representatives and end-use customers from its corporate office and distribution center in Columbus, Ohio, and distribution centers strategically located in Dallas, TX; Reno, NV; and Savannah, GA. 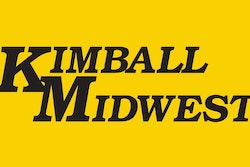