“We’re excited to welcome Julio to Kimball Midwest and promote Tyler and Steve to new roles in our company,” executive vice president of sales and marketing Patrick McCurdy said. “All three of them will provide exceptional leadership to their teams and support the organization as a whole as we continue to grow and provide the Kimball Midwest Experience to customers across the country.”

Julio Ramirez
Before joining Kimball Midwest, Ramirez served as CFO of Unity Aluminum, an industrial startup company building a greenfield aluminum rolling mill in Ashland, KY. He also served as a director on the Board of Atlas LLC. Previously, Ramirez was CFO of The Freeman Company in Dallas, a third-generation family-owned company and the world’s largest exhibition services and logistics provider with 160 offices and warehouses around the world. Before that, Ramirez led the majority of the CFO functions for Molson Coors, a Fortune 500 company and fifth-largest global brewer with responsibility for global treasury, tax and strategic planning. He also played a key role in enterprise strategy and mergers and acquisitions. Earlier in his career, Ramirez co-founded The Hackett Group, a publicly-traded strategic consultancy with more than 1,300 global associates. He began his business career at KPMG, one of the largest public accounting firms, and earned a promotion to partner over the course of about a decade. Ramirez obtained master’s and bachelor’s degrees in business administration (summa cum laude) from the University of Miami (Florida). He also served in the United States Army Reserves Combat Engineers and held the rank of captain.

Tyler Wooddell
In his new role as Kimball Midwest’s first CBDO, Wooddell will assist in shaping the company’s overall business vision, collaborating with and providing transformational business support and leadership to the overall company, with a focus on supporting sales, marketing and technology. He also will retain overall responsibility for continued growth of the Strategic Sales segments of the business. Wooddell joined Kimball Midwest in 2009 after being part of a successful startup company. He has an entrepreneurial history and has served in multiple leadership roles in several departments.

Steve Thompson
Thompson joined Kimball Midwest in 2012 as a regional manager and has been the director of sales for several regions since 2018, overseeing the Kimball Midwest sales team across much of the Midwest. With this promotion, Steve’s leadership skills will have an effect throughout the nation. With 34 years of experience in the industry, Thompson consistently has demonstrated great success using many of the programs that help develop leadership skills at Kimball Midwest. During his tenure, Steve’s team has enjoyed rapid growth, repeatedly setting new sales marks.

Kimball Midwest is a family-owned, national distributor of MRO products that has been providing superior products and superior service since 1923. The company services sales representatives and end-use customers from its corporate office and distribution center in Columbus, Ohio, and distribution centers strategically located in Dallas, TX; Reno, NV; and Savannah, GA. 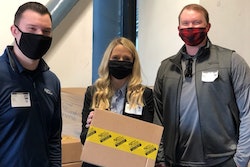 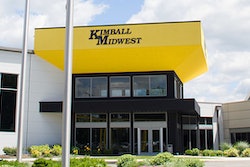 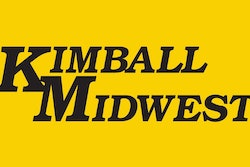 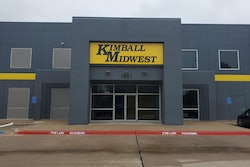