It's been several years since there's been an acquisition involving two current companies on Industrial Distribution's Big 50 List, but it was bound to happen sooner or later.

On Dec. 16, Genuine Parts Co. — the parent company of MRO parts distributor Motion (formerly Motion Industries) — announced that it has reached a deal for Motion to acquire Kaman Distribution Group from private investment firm Littlejohn & Co. for approximately $1.3 billion. The deal is expected to close in 2022's first quarter.

Motion will gain KDG's workforce of about 1,700 employees that serve over 50,000 customers across approximately 220 branch locations and five distribution centers.

It brings Motion's celebratory 75th year of operations in 2021 to a flourish, as well as KDG's 50th anniversary.

"We are excited to announce this strategic investment in our Industrial business," said Paul Donahue, Genuine Parts chairman and CEO. "Motion's highly-synergistic acquisition of KDG significantly enhances our scale and further strengthens our market-leading position. In addition, this combination creates opportunities for accelerated long-term growth, profitability and cash flow. Our Motion team, led by Randy Breaux, is eager to bring together the world-class talent and industrial expertise of these two organizations to build an even stronger business. We look forward to extending our leadership position and creating significant shareholder value together as a premier leader in industrial solutions."

GPC noted that KDG is forecasted to have 2022 revenue of about $1.1 billion and that the deal will be accretive to its adjusted earnings in the first year after closing.

"Motion is a nationally-recognized brand and a market leader in industrial distribution," said Ben Mondics, KDG president and CEO. "We are very pleased to combine our two great businesses and leverage our collective resources and expertise to accelerate profitable growth. We appreciate the exceptional efforts of our employees who make our company so great, and we are confident Motion is the natural partner for continued long-term success."

KDG operated as a unit of Kaman Corp. from Kaman's founding until 2019 when it was privately-acquired by Littlejohn. This past October, KDG acquired machine vision provider Integro Technologies Corporation (Salisbury, NC) for an undisclosed amount.

For Motion — which rebranded from Motion Industries at the start of 2021 — its the first acquisition of of 2021. Motion added three companies in 2020.

The deal marks the first acquisition between two current ID Big 50 List companies since 2018 when Applied Industrial Technologies (then No. 12, currently No. 9) bought FCX Performance (then No. 30) for $768 million. And it's arguably the biggest deal in the industrial distribution space since WESCO International (No. 7) acquired Anixter International — which last charted on the Big 50 in 2015 at No. 7 — in June 2020. 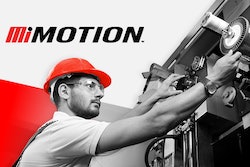 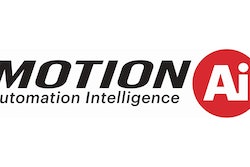 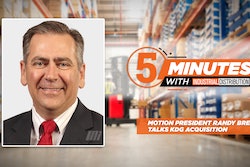