Get a quick recap of the MRO distributor's humble beginnings, 2021 initiatives and branding makeover as it celebrates 75 years in business.

“Motion’s success is a reflection of the hard work of all our team members and suppliers, as well as the trust of our customers, since our founding in 1946,” said Randy Breaux, Motion president. “We appreciate the support of everyone who has played a role in our proud history \and look forward to exponentially building on our success during the next 75 years and beyond.”

Various activities in celebration of this important milestone are planned throughout the anniversary year to engage employees, vendor partners and customers. New advertising and other communications will highlight the anniversary as well.

In 1946, the year following the end of World War II, two friends – a U.S. Marine Corps veteran and a U.S. Navy veteran – purchased the industrial parts supply business Owen-Richards and opened its first location in Birmingham. Over the years, the Company expanded beyond Birmingham, first regionally and then nationally, and finally into Canada and other countries.

“Co-founders William Spencer and Caldwell Marks might be amazed – but not surprised – that 75 years later, the business would grow from that one location to over 700 branches, distributions centers and fabrication/repair centers spanning from North America to the Asia Pacific,” said Mr. Breaux. “Employees would grow in number from the first handful to more than 7,000 employees throughout these global locations; and, sales would grow from $500,000 plus in year one to over $5.5 billion annually.”

Service offerings have also vastly expanded over time from mainly power transmission parts sales to a wide and deep variety of product lines, services and technologies that are used every day across diverse industry markets.

This year also marks the 45th anniversary of Motion becoming a subsidiary of Genuine Parts Company in 1976. Motion’s sales that year were $93 million, earned from 60 branches in 11 southern states. The number of different items (or SKUs) in 1976 was over 100,000, compared to more than 10 million today. As GPC’s industrial segment, Motion represented 34 percent of its parent company’s 2020 net sales.

In 2021, Motion is focused on key technological investments and the expansion of its services to directly benefit its customers. Investments in technology will support enhanced automation in the company’s facilities. In addition, a world-class hydraulics facility is in construction near Motion headquarters and is scheduled to open in the fourth quarter. Expanded services in areas such as the Automation Solutions and Conveyance Solutions business units are also a priority, as is the company’s new IIoT solution – P2 MRO (Predictive Performance) – which is now offered to customers and already garnering customer savings and efficiencies.

Founded as Owen-Richards in 1946, Mr. Spencer and Mr. Marks renamed the company “Motion Industries” in 1972. The name conveyed the company’s purpose of keeping machinery – and industry – in motion.

Today, the Motion team takes deep pride in keeping industry’s operations and machinery running in continuous motion. Coinciding with this 75th milestone, in January 2021, the company announced a comprehensive rebrand from “Motion Industries” to “Motion,” with the intent to solidify the company’s structure and advance its position in the marketplace. The new, full logo appears on Motion’s website (Motion.com), and the transition is progressing across every aspect of the company.

Find out more of Motion’s story by seeing the video and other information here: 75 Years of Motion 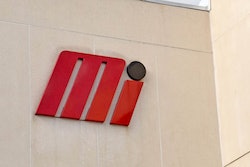 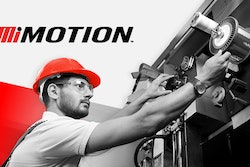 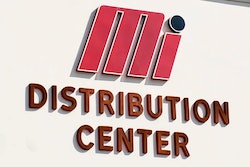