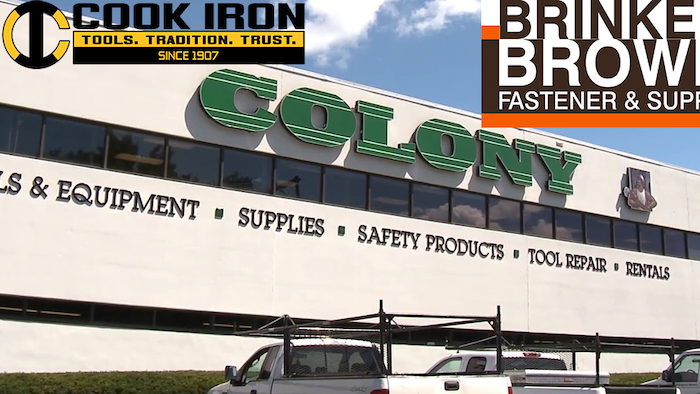 Colony — a distributor of tools, equipment, fasteners, supplies and safety products, as well as rental and repair services — to commercial construction and industrial accounts — said it acquired Fort Myers, FL-based Brinker Brown Fastener & Supply in a transaction completed April 30. Founded in 1985, Brinker Brown is a southwest Florida distributor of fasteners, power tools, construction supplies, and generators. It has a second Florida location in Naples.

The additions follow Colony's previously-announced acquisition of Lake Worth, FL-based Allied Fastener & Tool this past February.

After making two West Coast acquisitions earlier this year, Endries has added one in its home state of Wisconsin.
Oct 8th, 2020

It's Applied's fourth acquisition since the start of 2018 and builds upon its August 2019 bolt-on of Olympus Controls Corp.
Oct 7th, 2020

Snap-on gains a well-known provider of industrial vending, as AutoCrib has been one of the pioneers of the technology since 1995.
Sep 29th, 2020
Follow Us
Most Recent