Jeff Kaczka will continue in his current role until a new CFO has been appointed as MSC has begun the process to identify his successor.

Mr. Kaczka will continue in his current role until such time as a new Chief Financial Officer has been appointed and a successful transition period has been completed. MSC has begun the process to identify a successor.

Erik Gershwind, President and Chief Executive Officer, stated, "On behalf of the company and the board of directors, I would like to thank Jeff for his significant contributions to the success of our company and to congratulate him on his plans to retire. Jeff strengthened our financial operations, built a solid finance team, and brought even greater discipline to our business. We are grateful for his hard work and leadership. We also wish him the very best in the important work that he has ahead of him."

Jeff Kaczka added, "It has been an honor to be part of MSC and I am proud of what the Company has achieved. MSC has an exciting future ahead of it and a strong foundation from which to grow. Once my successor is in place and the transition complete, I look forward to focusing my time and energy on one of my greatest passions — serving the community through my charitable and volunteer activities."

MSC Industrial Direct Co., Inc. is one of the largest distributors of MRO supplies to industrial customers throughout the United States. It was No. 14 on Industrial Distribution's 2014 Big 50 List. MSC employs one of the industry's largest sales forces and distributes over 1 million industrial products from approximately 3,000 suppliers. 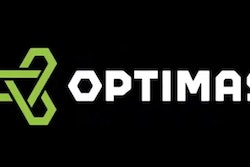