Cleveland, OH-based motion control technology manufacturer Parker Hannifin Corporation announced Wednesday that its board of directors has elected company veterans Thomas L. Williams as Chief Executive Officer and Lee C. Banks as President and Chief Operating Officer, each effective Feb. 1. Donald E. Washkewicz, Chief Executive Officer since 2001, Chairman of the Board since 2004 and President since 2006, will continue as Chairman of the Board to help the executive transition. Williams and Banks have also been elected as members of Parker's Board of Directors, effective immediately.

Williams joined the company in 2003, while Banks joined in 1991. Both have been operating officers since 2006.

"Over the past decade, both Tom and Lee have been exposed to the entire global organization, including broad executive leadership preparation and strategy development," Washkewicz said in a statement. "They each bring significant experience with all of Parker's operating groups and have led the growth and development of Parker's position in emerging markets. They are supported by a strong management team, all with the common goal of driving outstanding results across Parker's businesses." 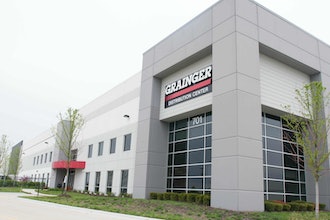