About 300 participants gathered for the in-person event, which spoke to a new trend among distributor members: more companies ready to harness next-level tools and accelerate their growth. 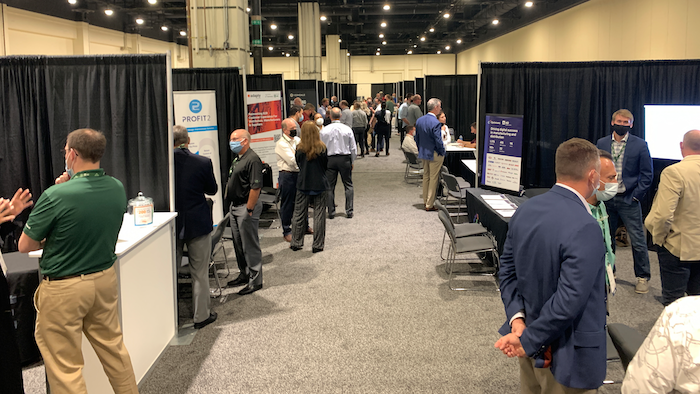 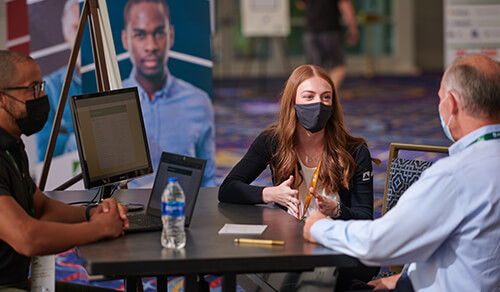 AD“Unlike in past years, we weren’t focused on encouraging members to invest in eCommerce as a new business channel,” Ernst said. “We were talking about how to level-up their eCommerce efforts and drive more digital business. Our conversations and learning focused on creating a great online experience for customers that drives product discovery, self-service and sales.”

Since its inception in 2016, the AD eCommerce Solutions program has helped over 210 member companies drive their digital businesses and compete on a national level. One of the AD eCommerce team’s newest priorities is to expand its partner services offering to align with members’ digital journey and provide support as they progress in their programs. The breadth of AD digital partners at this year’s event was directly reflective of the growth of the eCommerce program, consistently evolving to meet members’ needs.

In all, about 300 participants gathered for the in-person event. In addition to members and service providers, AD welcomed 60 supplier representatives from 38 companies participating as attendees and speakers, a first for the summit.

State Electric Supply Co.’s Senior Vice President of Marketing & Digital Solutions Dave Gravely, who serves on the AD eCommerce Advisory Council, spoke to the benefits of inviting some of his newer team members to attend the summit.

“I would recommend to anybody that they bring some of the young folks that are new in their company to the summit because it gives them a whole perspective on AD that they do not get sitting behind a desk looking at content or data all day long,” Gravely said. “They really get to scope the breadth and value that AD has by being there and that’s really what our team came away with.” 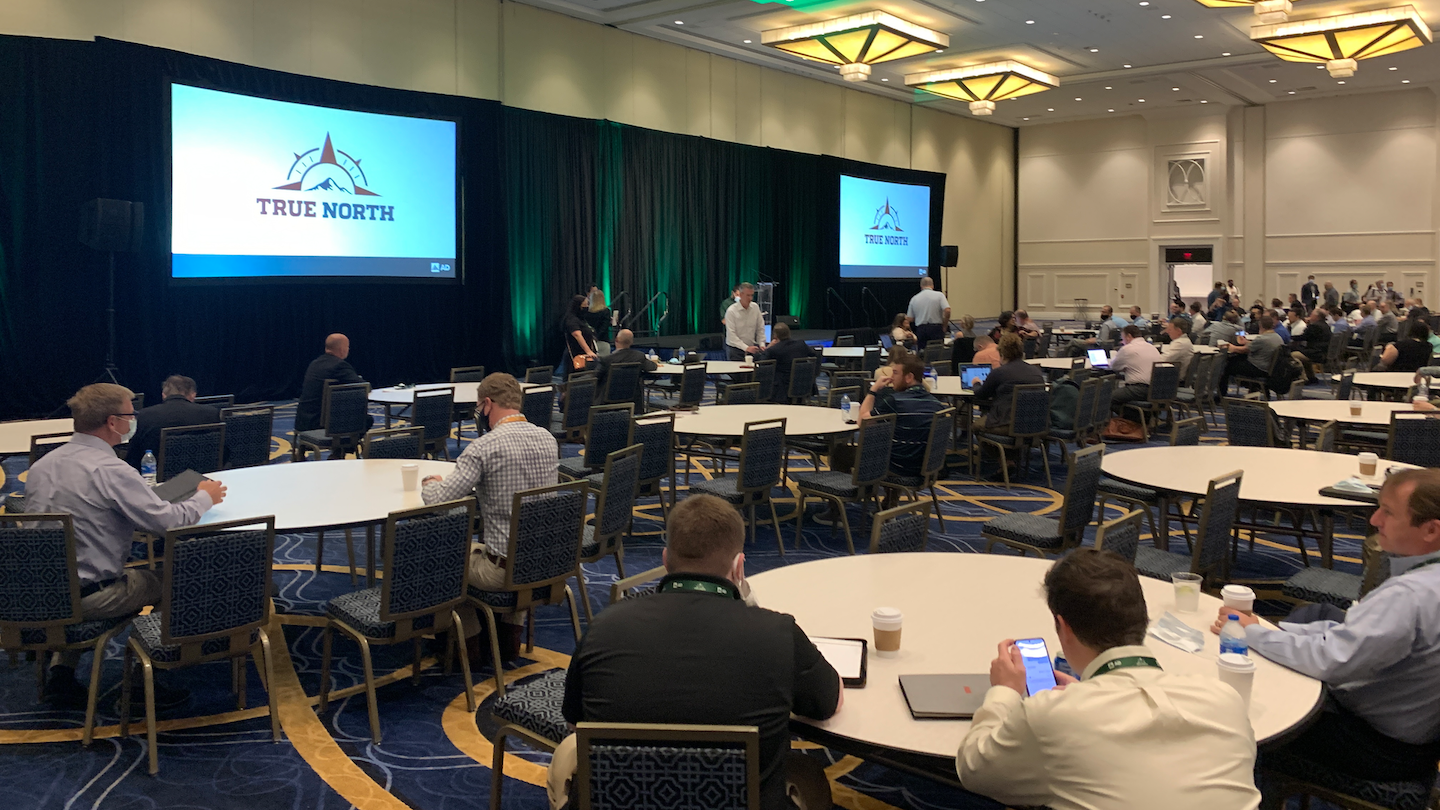 AD about to begin the keynote session of its eCommerce Summit.Mike Hockett/Industrial Distribution

In line with AD’s commitment to supporting its members’ eCommerce journeys, the theme for the meeting was “True North,” representing an orienting point that provides the direction for individuals, companies and communities to stay rooted in their core values.

Ernst explained, “As an extension of our members’ eCommerce teams, we can help them find their own true north. We don’t dictate others’ strategy; we help them discover it.”

AD plans to continue expanding its eCommerce Solutions and partner services just as the community is continually investing in digital growth. Speaking at the summit, AD Chief Marketing Officer Marty McLaughlin applauded the spirit of the independent distributor.

“Today’s leaders investing in digital are driving the next level of growth and reshaping the independent business model to better compete against traditional and emerging firms,” McLaughlin said. “The desire to win, along with inherent flexibility, is why we strongly believe independent distribution is here to stay.” 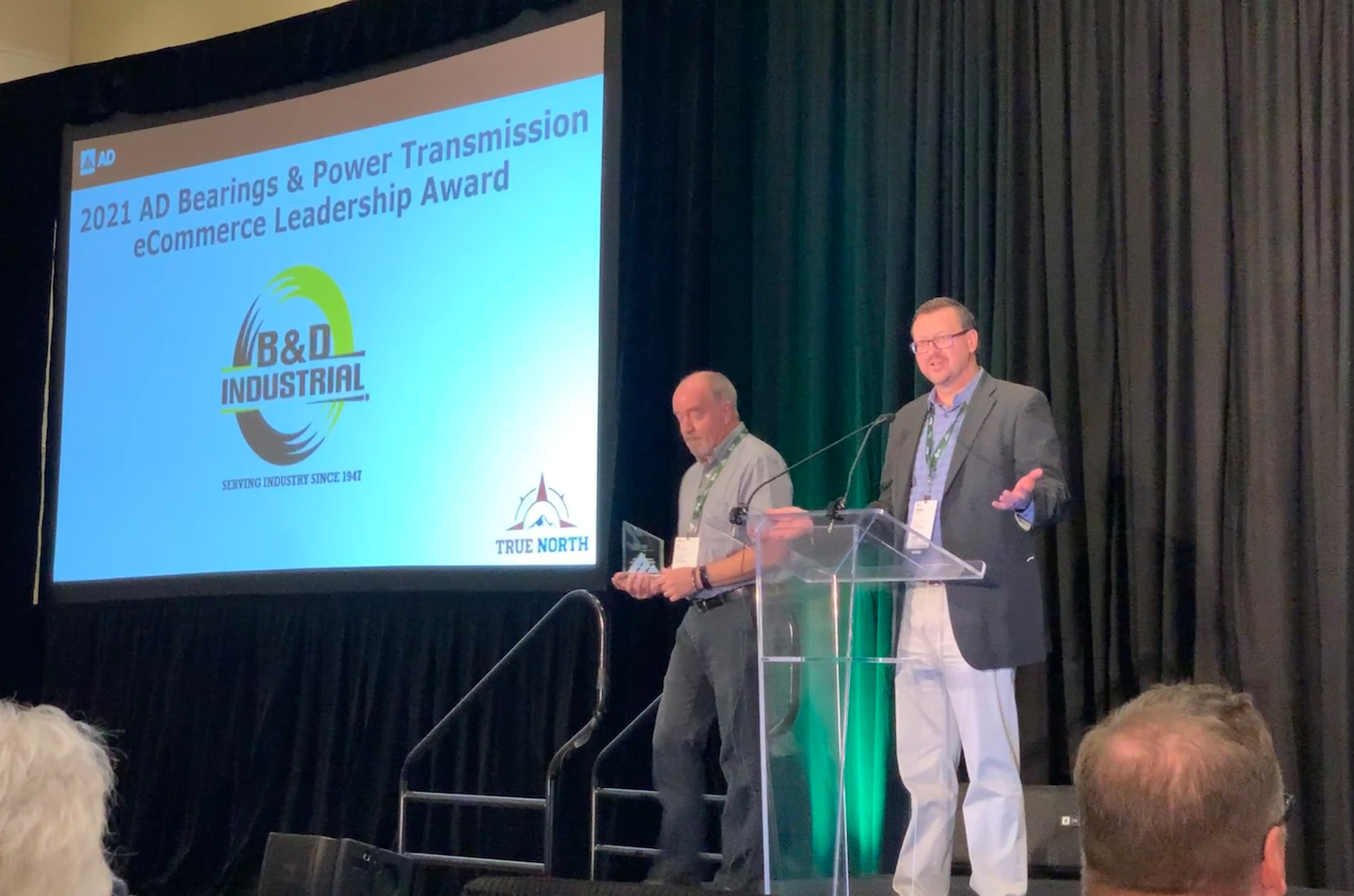 Two thought-leading keynote speakers brought additional depth and expertise to the summit. Brian Beck, author of Billion Dollar B2B Ecommerce, shared insights and tactics for staying relevant in the fast-changing digital landscape. Beck stressed the need for a fundamental mindset shift, where eCommerce moves from being simply “an IT project” to an evolution of the entire business value chain. Ryan Manion, founder and president of the Travis Manion Foundation, shared her brother Travis’ legacy as a military hero and stressed the importance of building character as a core strength for leaders. Manion left the crowd with a challenge to seize one moment each day to answer the call, “If not me, then who?”

To celebrate members who demonstrate leadership and commitment in the advancement of AD’s eCommerce Solutions, as well as those who demonstrate industry-leading innovation and creativity in adopting a digital branch, the eCommerce Summit included an awards presentation.

See how the initiative provides resources to support power transmission/motion control employers in their recruitment and retention efforts as they navigate a new world of work post-pandemic.
Jun 21st, 2021
Follow Us
Most Recent