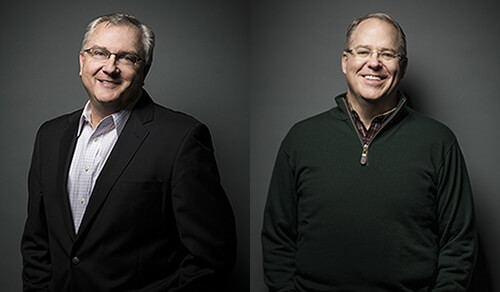 Crawford (left) and Templin (right)Crawford came out of retirement in 2014 after 27 years as an executive at Philips Lighting to lead the business unit on which AD was founded. Chairman and CEO Bill Weisberg expressed appreciation for Crawford’s contributions to the AD community.

“During Ed’s tenure with us, he helped build and develop a great team in the U.S., Canada and Mexico, increased member and supplier engagement, revitalized member recruitment and brought on some long sought-after strategic suppliers,” Weisberg said. “As CMO, Ed was also responsible for leading our rebranding efforts to include introduction of AD’s tagline, “Together, We Win,” and leading our start-up in Mexico, which has grown to represent over 25% local market share.

Crawford is thankful for his time with the AD team working on behalf of members.

“I’m extremely proud of the work we’ve done together – members, suppliers and the entire AD Electrical and marketing team - to enable our independent electric distributors to win in the marketplace,” Crawford said.

Constantly evaluating how the organization can best add value to its members, Weisberg announced details about the E&I Business Unit, composed of Electrical-U.S., Canada and Mexico, industrial and Safety–U.S. and Canada, and Bearings and Power Transmission divisions.

At the helm will be Jack Templin, currently the Industrial and Safety Business Unit president, who is being promoted as E&I’s president. In addition to his expanded role, Templin will continue as chief programs officer.

“During Jack’s eight-plus years with AD, he has built a phenomenal team, successfully led us through two mergers, drove the creation of and manages AD e-Commerce solutions, and delivered a remarkable 21% compounded annual average growth rate,” Weisberg said, noting Templin’s long-time career experience in both industrial and electrical channels.

Of his added scope, Templin said, “I thank Bill and the board of directors for entrusting me with the responsibility of what’s already an incredibly strong business unit at AD. I’d also like to thank the spectacular ISD team and all associates for their ongoing contributions to our shared mission. I look forward to adding value for our members and working with the new team.”

Consistent with most other business units in which there are dedicated senior leaders for each country and division, AD will be hiring a president for the Electrical-U.S. Division.

Given the growing strategic importance of AD’s corporate marketing function, which is an enabler in growing member participation in multi-divisional programs, services and meetings, and recruiting new members, Ted Simpson, SVP of marketing, will report directly to Weisberg.

“We continuously evaluate our organizational structure to ensure that we are well-positioned to support our corporate strategy on behalf of our members,” Weisberg added. “On behalf of the AD team, I wish Ed and his family the very best in this next chapter and offer Jack my continued support as he evolves our newly established business unit.” 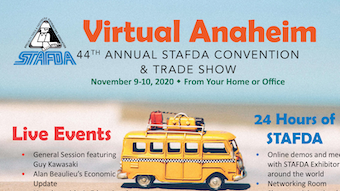 Get a recap of the group's virtual annual convention, held Nov. 9-10, during which new elected leadership was announced.
Nov 17th, 2020 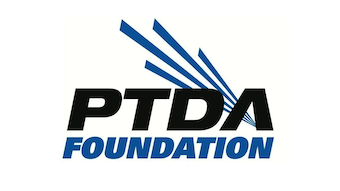 Resources such as PTWORKForceBlog.org are just one of the programs made possible by contributors.
Nov 12th, 2020
Follow Us
Most Recent