NAHAD's board recently announced the completion of a multi-year transition of the association's leadership, promoting Molly Mullins as its new executive. 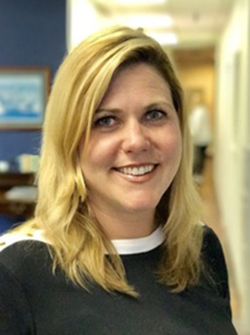 The NAHAD Board of Directors recently announced the successful conclusion of a multi-year transition of the association’s executive leadership with the appointment of Molly Mullins to the position of NAHAD Executive Vice President. Joseph Thompson, who has served as NAHAD’s EVP since 1990, will continue to support the association as General Manager through June, 2018.

In 2015, the NAHAD Board enthusiastically agreed to the leadership succession plan as proposed by Thompson, which included his eventual replacement. Mullins joined the association soon afterward as associate executive, immediately assuming numerous program oversight and strategic leadership responsibilities. Over the past two years, she has shepherded the successful start of NAHAD’s Social Cause initiative; Charity:Water, the implementation of the new Women in NAHAD and Emerging Leaders programs, and has worked closely with the Board and committees on a variety of projects and strategic matters.

According to NAHAD President, Scott Moss of Moss Rubber & Equipment – Motion Industries, “The NAHAD officers and Board are delighted with the successful leadership transition plan that Joe and Kristin Thompson put in place, with our support and encouragement, in 2015. Their exceptional efforts on our behalf over the past 24 years have enabled NAHAD to become the successful and respected organization it is today, and we were very grateful that they committed themselves to assuring our future success.

“We have all been very impressed with Molly’s professionalism, energy and commitment over the past two years and are looking forward to working with her and her team as we move NAHAD into the future,” Moss adds. “And, we are grateful to have the continued resource of Joe in his new role of G.M.”