Staples was already running into roadblocks in its now five-month-long pursuit of acquiring rival Office Depot, and now it'll have to do it amid a change at the company's top leadership.

Staples announced Wednesday that it and Sandy Douglas, Jr.have "mutually agreed" that Douglas will step down as chief executive officer, effective Friday. Staples executive board chairman John Lederer will be appointed interim CEO, and the company's board of directors has begun a search process to find a permanent CEO.

Douglas has been Staples' CEO since April 2018, when he joined the company after spending 30 years in executive roles at Coca-Cola, including most recently as its North American president.

"On behalf of the Board, I would like to thank Sandy for his commitment and dedication to the company," Lederer said. "I look forward to working closely with chief financial officer Jeff Hall and the rest of the senior management team to oversee the day-to-day operations of the company and execute on our growth strategy as the economic recovery in North America gains momentum. As we look ahead, we remain sharply focused on delivering strong performance and the critical products and services required for America's successful return to work."

Lederer has served as Staples' executive chairman since 2017 and as a senior advisor at its parent company, Sycamore Partners, since 2017.

The CEO change may throw a wrench into Staples' pursuit of ODP Corp., which this year has twice rejected acquisition proposals from USR Parent, the Sycamore-affiliated owner of Stapes, to buy certain ODP assets. The first was in January to a $2.1 billion offer, and then one in mid-March. A couple of weeks later, USR Parent said Staples would evaluate all alternatives in its pursuit of ODP, including, but not limited to, all of ODP or certain select assets, which may include ODP's retail and consumer-facing business, its business operations in Canada and certain other assets. In early May, ODP announced it was spinning off its distribution unit into a separate business. The latest development was on June 4, when ODP confirmed a new offer of $1 billion for its Consumer business unit. ODP said it was reviewing alongside its financial and legal advisors to "determine the best course of action that it believes is in the best interests of the company and its shareholders." 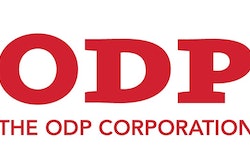