The Ireland-based company said its Industrial spin-off and resulting formation of Trane Technologies will execute by the end of next week.

Ingersoll-Rand on Feb. 14 provided an update regarding its previously-announced spin-off of the company’s Industrial segment and subsequent merger with a Gardner Denver subsidiary, which will ultimately result in the formation of pure-play climate company, Trane Technologies.

Friday’s update said that Swords, Ireland-based Ingersoll-Rand (IR) has set a record date of Feb. 24 for the spin-off, with the merger to be completed on Feb. 29, subject to closing conditions. IR will then distribute all of the shares of common stock of its Industrial subsidiary to IR shareholders as of the record date by means of a pro rata distribution. The distribution will not impact the number of shares held by shareholders in Ingersoll-Rand plc, which is expected to change its name to Trane Technologies plc and its ticker symbol to “TT” following the merger. Immediately following the spin-off, Ingersoll Rand Industrial will merge with a subsidiary of Gardner Denver.

“In connection with the merger, the Ingersoll Rand Industrial shares would be converted to the right to receive Gardner Denver shares as illustrated in the hypothetical below: 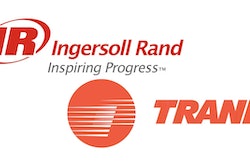 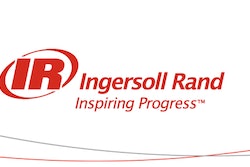