The master wholesaler held an in-person event for its distributor customers and suppliers in mid-May, showcasing what its new Berkshire eSupply Network has to offer.

Master MROP products wholesaler Berkshire eSupply — formed in 2017 through the acquisition of Production Tool Supply — is embarking on its biggest endeavor yet in its short history: The Berkshire eSupply Network, or BESN.

The company, which formally launched in the fall of 2017 via an exclusive article in Industrial Distribution and is rolling out its newest and most robust offering aimed to empower independent distributors.

To get the word out about the BESN, in mid-May Berkshire eSupply hosted an in-person, invite-only event for its distributor and supplier members on the grounds of the company’s new state-of-the-art distribution center and corporate headquarters in Novi, MI, which Berkshire eSupply finished fully moving into in April.

In a nutshell, the BESN serves as both a buying group and selling group for independent distributors, created to serve companies in the US, Canada and around the world.

Held outside, the event consisted of Berkshire eSupply’s leadership team hosting hundreds of network distribution firms and close to 50 suppliers, which were privy to the presentations by the company showing the BESN’s many capabilities. Those capabilities include expanded product offering, e-commerce, national account coverage and reach, to name a few.

The network’s ideal prospects are current Berkshire eSupply distributor customers and independent industrial distributors looking to expand their capabilities. Membership for the BESN is available in most countries.

The core of the network is built upon Berkshire eSupply’s e-commerce tools, inventory, fulfillment and technology solutions.

“Network Power” is the term BESN uses to describe the ability for members to act as one to create more opportunities for sales, nationwide and worldwide, which Berkshire eSupply says differs quite a bit from the traditional buying group, which may not provide sales opportunities nor inventory and fulfillment. BESN also provides all the category management, buying, inventory stock and e-commerce tools created specifically for MROP distribution.

“There is nothing else like BESN in the market,” the company states. “The premise of BESN is that, ‘the whole is greater than the sum of the parts.’ By expanding the network’s supply chain to more global manufacturers and distributors, BESN has vastly increased its product offering and its global shipping capabilities so their members can sell more, to even more customers.”

The BESN is currently being selectively rolled out in the United States.

Affiliated with renown holding company Berkshire Hathaway, Berkshire eSupply serves as a national wholesal and distribution enterprise in the metalworking, maintenance, repair and operation supplies business sector. With the Berkshire eSupply Network, each distributor member can function independently to serve customers and provide a broad spectrum of technology solutions, including products and brands within that member’s geographical territory and across the US to serve national accounts through the network.

BESN’s supply chain comprises thousands of suppliers across the globe, including PTSolutions, offering global resources for brands, products and drop shipping to anywhere in the world.

Stay tuned to Industrial Distribution for continued coverage of Berkshire eSupply’s continued rollout of the BESN program, as well as news about the company itself. 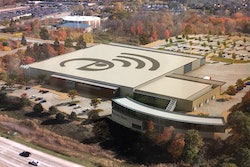 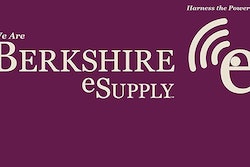