Distributor and service provider B&F Fastener Supply, which opened a new Machining Division facility this past spring in Wisconsin, continues to expand. The Ramsey, MN-based company has shared with Industrial Distribution that the company has just purchased a lot where it will build a new, 25,000-square-foot facility that more than doubles B&F's current location there that opened in 2008.

Construction is set to begin this fall in September or October.

"Sioux Falls was chosen for several reasons, which include the continuing growth of our market share, the positive economic growth in that particular geographic area and it aligns well with our goals as real estate investors to continue to increase our current 150,000 total square footprint of family-owned facilities," B&F CEO Loren O’Brien told ID.

The new facility is just the latest expansion news out of B&F, which was the cover story of Industrial Distribution’s 2017 January/February issue as a Distributor Profile. View the website edition of that feature here. Since that story was published, B&F has built a 20,000-square-foot branch in St. Cloud, MN; a 17,000-square-foot branch in Mankato, MN; the aforementioned machine shop in Frederic, WI that spans 25,000-square-feet, and has acquired a machine shop along the way.

Along with the expansion, B&F just received an accolade in the form of winning the Minnesota Family Business award, given out by Twin Cities Business Magazine. As one of five winners, B&F was nominated for the award, which will be honored via a virtual conversation with each of the winners each Tuesday from Oct. 12-Nov. 10, with a virtual award ceremony to be held in November.

"As a company, we couldn’t be more honored to have been announced as a winner of the Minnesota Family Business award!" B&F president Nicole Baltes said. "A lot of time and hard work has been put into creating and completing a successful transition plan to the second generation, but none of this would have been possible without the utmost support from our customers, vendors and employees. The outpouring support from all sources is truly what has made B&F Fastener Supply a successful family business." 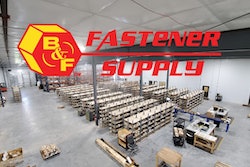 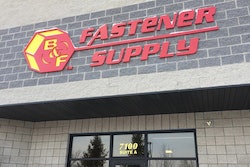 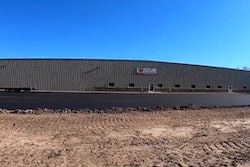