Started with Richard Glimpel's 1920 invention of the single-finishing tap, the company has reached a century of innovation. 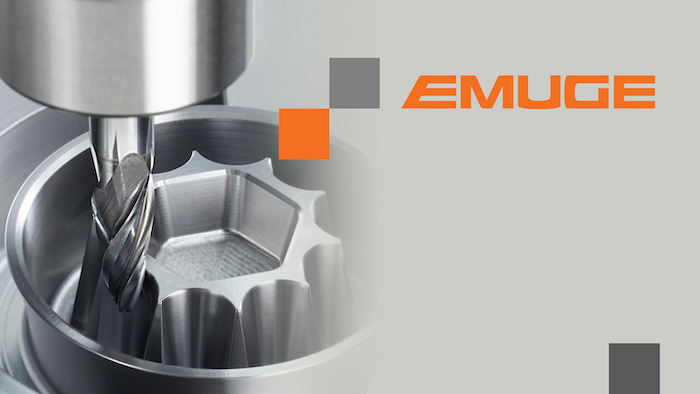 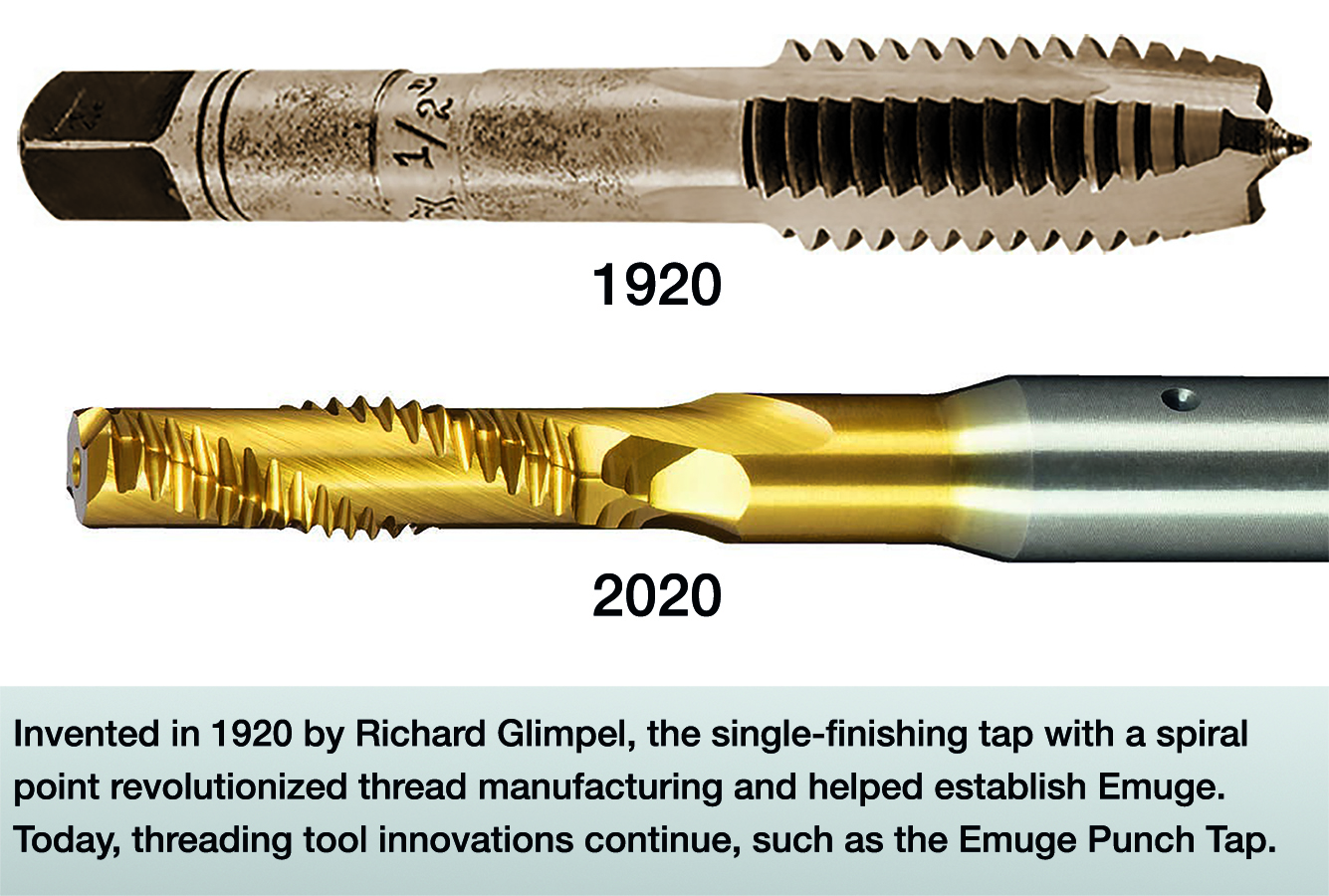 In 1920, Richard Glimpel, a German engineer and master craftsman, founded a company and invented a single-finishing tap with a spiral point that revolutionized the machining of internal threads. The tap obsoleted the 3-part tap set with only one tool which did the job at a fraction of the time it normally took. The new tool was so successful it helped secure a large order and growth for the fledgling company that Mr. Glimpel and three employees had started. In turn, partners were soon added and the brand name “EMUGE” was established. Today, 100 years later, EMUGE-FRANKEN has more than 1,900 employees with locations worldwide.

Many successful EMUGE tool innovations and product expansions have followed, including the addition of tool holders in 1928, special workpiece clamping in 1950, and in 1953, the development of the patented steep spiral-fluted tap, a tool that to this day features the same geometry for machining threads in blind holes throughout the industry. In 1956, Mr. Helmut Glimpel, son of the founder and current owner, joined the company, and in 1958 EMUGE acquired FRANKEN, a manufacturer of milling tools, and changed its name to EMUGE-FRANKEN.

With the newly-established EMUGE-FRANKEN, Helmut Glimpel focused not only on the expanded product range of the company, now positioned as a full tool system provider, but also on establishing new sales and production facilities to closely serve customers throughout the world, beginning with the U.S. This vision took shape in 1983 via Emuge Corp., which today is a newly expanded 50,000 square foot state-of-the-art facility in West Boylston, MA with a Technology and Training Center, tool reconditioning and manufacturing, including end mills for advanced aerospace machining applications. The facility provides additional capacity to domestically manufacture special solid carbide tooling and other standard solutions within the EMUGE-FRANKEN milling tools portfolio 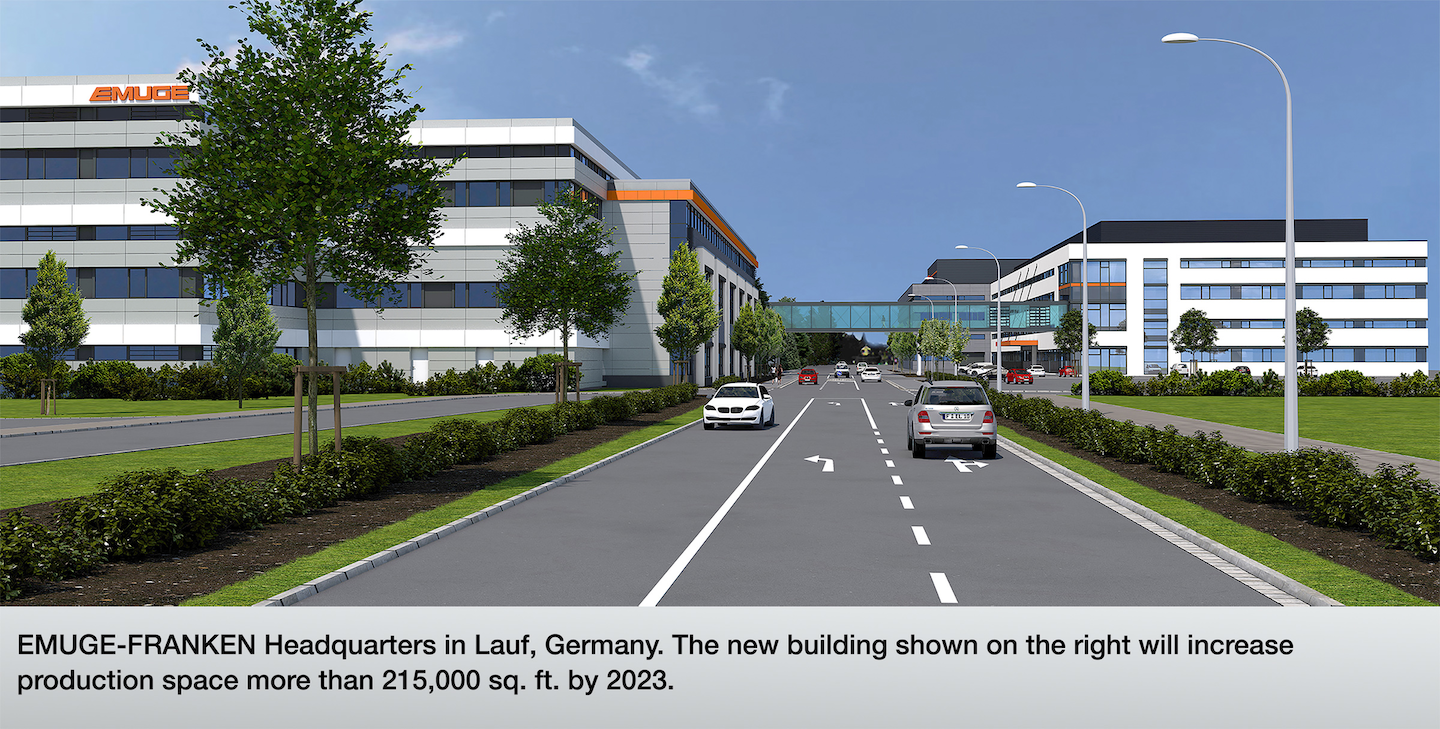 For the past 100 years, innovation has been the cornerstone of EMUGE-FRANKEN, as evidenced by the many patents that have been continuously granted to the company. From the original spiral point tap to unique tool holder developments such as SoftSynchro®, InnoForm thread forming tools with advanced geometry, and Circle-Segment End Mills that have quadrupled material removal rates, there has been a constant flow of innovative tools via extensive research & development. Recently, EMUGE-FRANKEN developed a new tool category and threading technology with the introduction of the Punch Tap™, which produces and threads a hole in one fast operation, at a fraction of the time it takes to conventionally drill and then tap, a hole.

Moving forward, EMUGE-FRANKEN is fully committed to innovation and continued expansion. Construction is now underway to build a new state-of-the-art 215,000 square foot production facility opposite the current EMUGE-FRANKEN global headquarters in Lauf, Germany. The facility, slated to be fully operational by 2023, will enable significant manufacturing capacity increases, making EMUGE-FRANKEN well-poised to further its tradition of quality, precision, innovation, and service into the future of cutting tool manufacturing. An EMUGE-FRANKEN 100-year corporate video can be viewed at: https://youtu.be/xjp2Ix_oY5Q