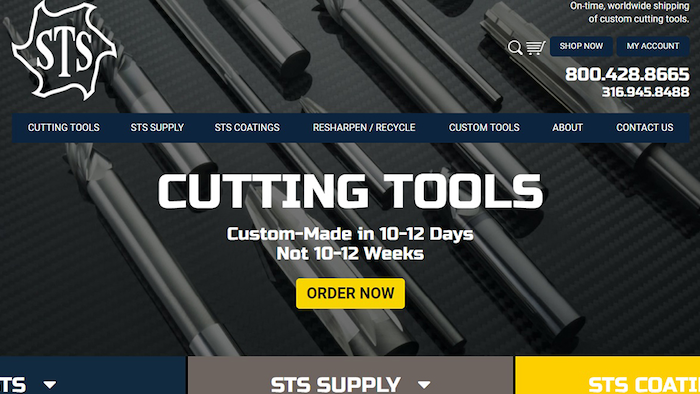 “With the growth we’ve seen over the last five years, we’re excited to be able to invest more,” said Clint Whitney, President/Owner of STS. “By investing in PVD Coating and keeping the total manufacturing process under one roof, STS will significantly reduce downtime for our customers. This new division adds even more long-term advantages for Wichita in precision manufacturing.”

STS Supply features an industrial supply product portfolio which includes millions of products through a network of hundreds of suppliers. STS began providing industrial supply reseller services in 2014. The new division will help reduce and consolidate the number of supplier relationships needed for STS customers, saving time and money. STS has hired one business development manager, Damon Cauthon, along with two additional employees, for the new division.

“Industrial supply has been something we’ve done for a few years now,” Whitney said. “In the last year or two, we’ve seen a need to invest more in order to better serve our customers.”

Clint Whitney, along with Christie Whitney and Buddy Harrison, took over ownership of STS in 2014 with a focus on expanding services.

Since then, the company has seen tremendous growth. In 2016, the company received the Wichita Business Journal’s Manufacturer of the Year award for rapid job growth. Today, the company has 42 employees, has moved into a 33,000 sq. ft. facility and has more plans to invest in the future.

“This is only the start,” says Whitney.