The award acknowledges a woman who has established herself as a critical contributor to her company's success and has affected positive change within the power transmission/motion control industry. The 2017 recipient is Tribby Warfield, currently a SVP at NITTA Industries Europe and former SVP at Kaman Industrial Technologies.

Many people in the power transmission/motion control (PT/MC) industry know Warfield from her more than 25 year career at Gates Corporation where she served in key management and operational roles including business development, product marketing and field sales management. Warfield held positions as president, North America commercial; president, North America power transmission and vice president of Gates Industrial power transmission operations, where she was headquartered in Belgium. More recently, Warfield has been on the other side of the aisle at Kaman Industrial Technologies Corporation as senior vice president. In 2016, she also served as the general manager of Kaman’s automation, control and energy platform. Recently, Warfield became senior vice president, business development and strategies for NITTA Industries Europe, a provider of flat power transmission belting, serving the markets of Europe, Middle East and Africa.

In her acceptance speech during the NIBA/PTDA Joint Industry Summit in Hollywood, FL, Warfield thanked many people in her life and said, “I am deeply honored and humbled to receive this award. No person is self-made. We all arrive by having many people touch our lives. I want to thank those who touched mine.”

Mrs. McDonald's son, Scott MacPherson, was on hand to present Warfield with the award. For more information, visit ptda.org/WBMcDonaldAward.

The PTDA Foundation, whose work is funded solely by donations, was founded in 1982 to enhance knowledge, education, professionalism and productivity within the power transmission/motion control (PT/MC) industry. The Foundation is a not-for-profit, tax-exempt 501(c)(3) corporation; contributions are tax deductible to the full amount allowed by law. For more information, visit ptda.org/Foundation. 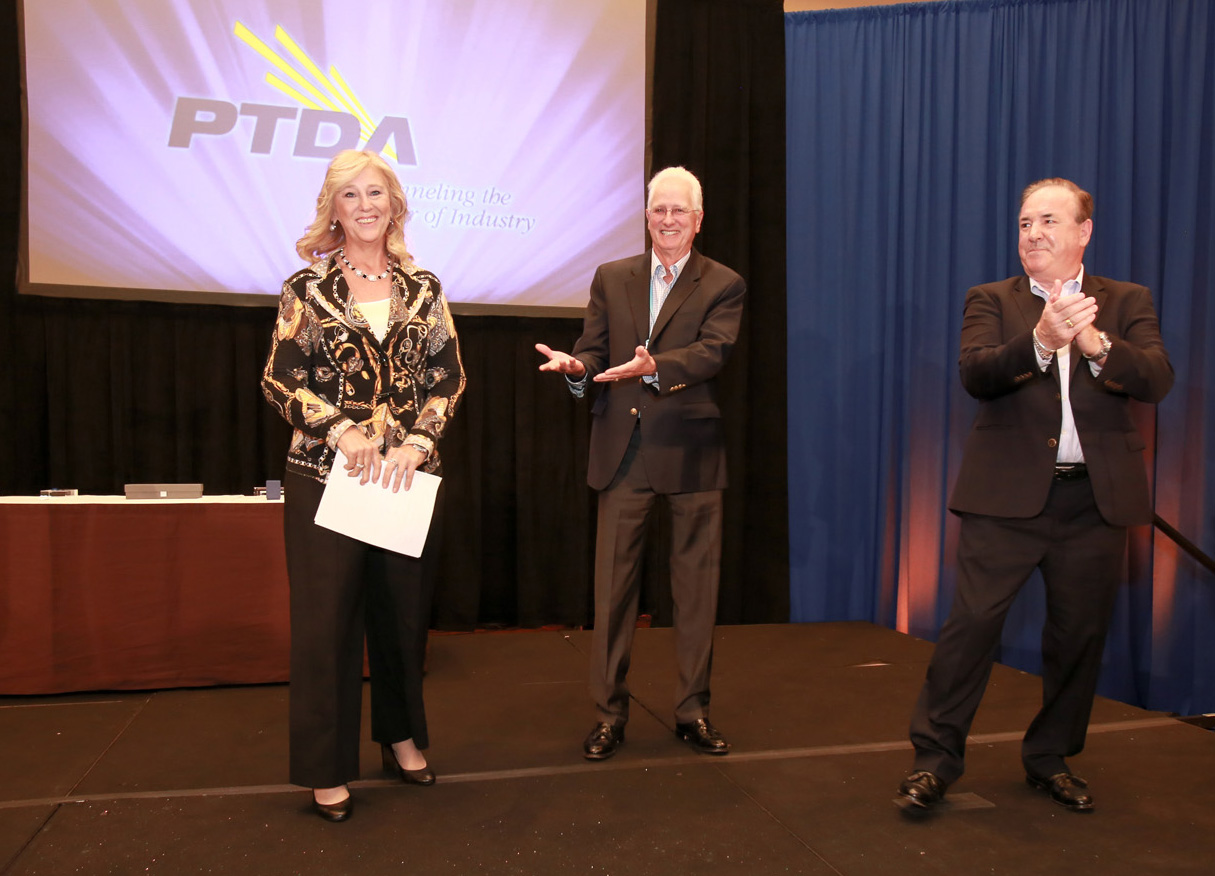