Judge began his career in distribution in 1969 in the family-owned Ward Brothers Mill Supply Company in Lockport, NY. Following several acquisitions, the company became Ward Beals & McCarthy. In 1993, after the sale of the distribution business, Judge took over management of the buying group I.D. One, which he co-founded with five other distributors.

Judge formed NetPlus Alliance in 2002 “with only a business a plan, a press release and hundreds of industry relationships,” he said. The company, which began with 38 distributors, 20 suppliers and less than $20,000 in total purchases, has grown to a membership of 385 distributors and 185 suppliers, conducting more than $180 million in purchases through the buying group by 2015.

A Vietnam veteran, Judge was awarded the Vietnam Service Medal and the Army Commendation Medal. He holds a bachelor’s degree in Industrial Distribution from Clarkson College of Technology and a master’s in business administration from the University of Buffalo’s Graduate School of Management.

“I am grateful to the ISA board and members of ISA for this great honor. When I reflect about what has guided me through my lifetime in industrial distribution, I think of three things: change, networking and relationships. While ISA has a different mission from NetPlus Alliance and other buying groups, the distributors and manufacturers in this industry need both organizations for the networking, relationship building and change opportunity they provide. We value our relationship with ISA,” he said.

The John J. Buckley Lifetime Achievement Award is named after the former executive vice president of the Industrial Supply Association. 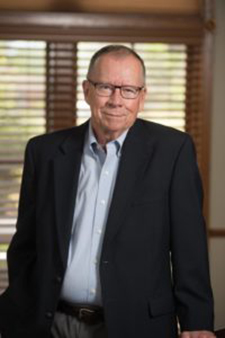