Cleveland-based Chart Industries, a global manufacturer of highly engineered equipment for the industrial gas, energy and biomedical industries, has appointed Michael Molinini to its board of directors. Molinini was CEO of Airgas from August 2012 until June 2016, when it was acquired by Air Liquide. 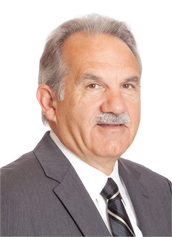 CLEVELAND, OH — Chart Industries, Inc., a diversified global manufacturer of highly engineered equipment for the industrial gas, energy and biomedical industries, has reported that Michael L. Molinini was appointed to its board of directors on March 6.

Molinini served as Chief Executive Officer and President of Airgas from August 2012 until May 23, 2016, and was Interim Chief Executive Officer from May 23, 2016 until June 30, 2016, when Airgas was acquired by Air Liquide. Molinini also served as a director of Airgas from May 2012 until May 2016. Before that time, Molinini served in various capacities at Airgas, including as Executive Vice President and Chief Operating Officer from January 2005 until August 2012, as well as positions at National Welders Supply Company and the Linde Division of Union Carbide Corporation.

"We are very excited to add Mike to the Chart Board and the Company will benefit from his substantial industry knowledge, executive experience and business acumen," stated Sam Thomas, Chart's Chairman and Chief Executive Officer.

The majority of Chart's products are used throughout the liquid gas supply chain for purification, liquefaction, distribution, storage and end-use applications, a large portion of which are energy-related.  Chart has domestic operations located across the U.S. and an international presence in Asia, Australia, Europe and South America.