Nowak received the award, named for PTDA’s co-founder and first president, at the PTDA 2016 Industry Summit in San Diego, CA. The award was established in 1984 to honor individuals who have demonstrated outstanding, continuous, long-term support of PTDA and the PT/MC industry, and is only presented when an individual’s achievements merit this prestigious recognition.

Nowak has been an active and committed PTDA and PTDA Foundation volunteer for over 15 years, currently serving as a Trustee for the PTDA Foundation. He was a member of the PTDA Board of Directors from 2007-2013, serving in officer positions including a term as president in 2010.

Warren Pike Award recipients are selected by the PTDA Board and are not informed of the honor in advance. Nowak thanked his wife, Sharon, and his family. He specifically mentioned his father who encouraged Nowak to get involved in PTDA. “He told me you get out of it what you put into it, so I jumped in whole hog. I’ve been attending PTDA meetings since 1998 and haven’t missed one since,” said Nowak. In referencing his continued commitment to building awareness of careers in industrial distribution, Nowak noted, “Just because this industry is ‘industrial’ doesn’t mean you’re going to get dirty. I think it’s crucial we try to get more people involved.”

More information is available at ptda.org/WarrenPikeAward. 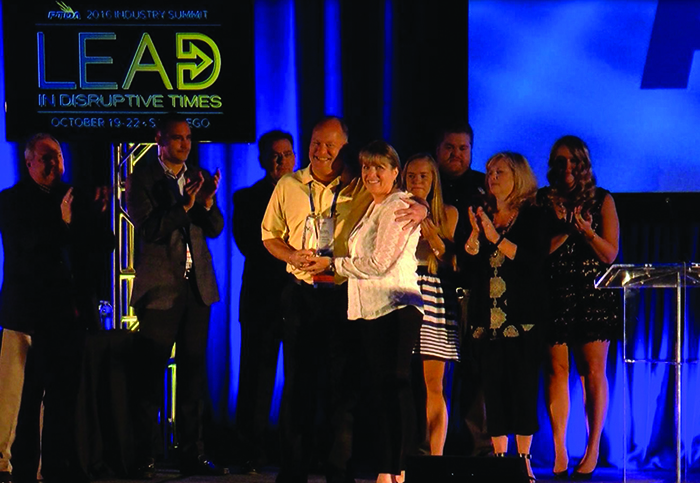