Lt. Governor Guadagno leads the Partnership for Action (PFA), a public-private approach to economic development and the starting point for all initiatives, policies, and efforts to grow New Jersey's economy and create quality, sustainable jobs.

Lt. Governor Guadagno leads the Partnership for Action (PFA), a public-private approach to economic development and the starting point for all initiatives, policies, and efforts to grow New Jersey's economy and create quality, sustainable jobs.

Turtle & Hughes, Inc., a fourth generation family-owned business, was founded in lower Manhattan in 1923 and moved to New Jersey in 1970.  The company has grown to 18 locations nationwide and serves the industrial, commercial, utility and contractor markets.

“We have been proud to call New Jersey our home for over 40 years,” said Turtle & Hughes CEO Jayne Millard, who is the third generation of women to own and operate the business during its 90-year history. “What makes our company great is the culture of entrepreneurism. It inspires standards of excellence, extraordinary resourcefulness, and an insistence on innovation. We believe the way to foster success is to hire the right people and then give them the support and resources they need to sharpen their expertise and grow with the company.”

New Jersey Governor Chris Christie has made energy conservation one of his priorities during his second term.  Turtle & Hughes has grown rapidly in the field of sustainable energy, offering a full line of customized and value added services and programs that were highlighted during the Lt. Governor’s visit to its facility.

Philips Lighting has been a key partner in developing energy saving strategies for Turtle & Hughes customers.  In just the past few months alone, Turtle & Hughes has completed projects that have used over 4,000 Philips lamps. In conjunction with other energy strategies, Turtle Green Energy Solutions has saved approximately 759,674 KwH to date.

Another specialty division, Turtle & Hughes Renewable Energy, supports customers with energy conservation services and a broad range of renewable energy products, including wind and solar power. Currently, New Jersey produces only about half of the energy that it uses. With value-added service through preconstruction, interdisciplinary coordination, and post installation support, Turtle & Hughes Renewable Energy works toward quantifiable savings in generated kilowatt-hours to increase home grown energy sources in New Jersey and around the country.

With Hurricane Sandy recovery still underway in many parts of New Jersey, talk also centered on the role Turtle & Hughes played in helping local utilities restore power to millions of businesses and residents affected by the storm.  The distributor also introduced Lt. Governor Guadagno to its new Disaster Preparedness and Recovery services for industrial customers.

Millard is a long-time advocate of the critical need to support our nation’s manufacturing base. Last summer, she took part in a bi-partisan Democratic Steering and Outreach Committee (DSOC) roundtable discussion in Washington, DC.  Nearly thirty infrastructure industry stakeholders gathered to discuss how federal investment and partnerships in manufacturing, construction and technology would create jobs and strengthen the economy. Millard shared her belief with Guadagno that public policies that support R&D must remain embedded in the manufacturing process.  “The innovative capabilities of our manufacturing partners are critical for us to remain competitive in providing solutions for our customers,” she said.

Turtle & Hughes was included in Lt. Governor Guadagno’s tour because it was targeted by the state as one of its fastest growing companies. Over the past seven years, the company has nearly doubled its revenues. In New Jersey alone, its employee count has grown over 20 percent in the past two years to more than 400 employees statewide.  This equals just over half of its total number of employees nationwide. This year, Turtle & Hughes was recognized by Inc. Magazine as one of the country’s 5000 Fastest Growing companies. It also retained its ranking as the top woman-owned business in the New York tri-state area by Crain’s New York. 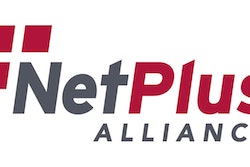