They serve as AD's 11th and 12th mergers since the group's 1981 founding, and fourth and fith in the last two years.

WAYNE, PA — AD announced Monday that it has completed mergers with SafetyNetwork and Delta Distributors, the group’s 11th and 12th mergers since it started in 1981 and its fourth and fifth in the last two years. Both mergers were effective Jan. 1, 2021.

“We’re grateful to welcome to our community the exceptional companies that comprised SafetyNetwork and Delta,” Weisberg said. “Growing our membership across and within industries benefits existing members and new ones. The increased scale coming from our multi-divisional platform allows us to field a dynamic team of professionals with expertise in a wide range of industries, disciplines and functional areas. The programs and services they develop and oversee accelerate AD member and supplier success.”

Tampa-based SafetyNetwork’s members and suppliers are centered on growth in the safety specialty market and will form AD’s newest division, the AD Safety Network Division.

Delta’s members and suppliers are focused on serving the industrial and commercial pipe, valves and fittings industry. Their merger with AD creates the only unified community of independents with a primary focus on PVF.

CEO of Deacon Industrial Supply, Bill Vail, who served as Delta’s board director, said, “The ability to create more scale, networking opportunities, and stronger partnerships with suppliers will benefit all of us going forward.”

Because of AD’s multidivisional offering, these new members will have a chance to participate in other divisions in markets they serve.

Weisberg said AD has evolved its model to not only being an exceptional buying group, but also a vibrant community of growth-oriented independents that can customize the way they leverage AD’s programs and services based on each organization’s goals.

“AD is proud to be a community of intensely independent members and supplier partners that engage with one another to learn, innovate, grow and succeed, individually and together by using innovative programs and services that fit their personal vision,” Weisberg said. 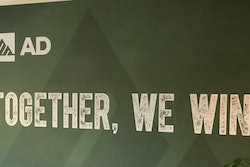 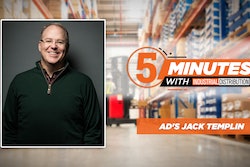