Eric Hoplin is the new President and CEO of the National Association of Wholesaler-Distributors (NAW), representing nearly 30,000 companies that account for one-third of the American economy, by supplying businesses with the products they need to serve their customers in nearly every sector of commerce. Hoplin also serves as President of the NAW Institute for Distribution Excellence, President of the NAW Service Corporation and Treasurer of the NAW Political Action Committee.

A seasoned executive and communicator who has worked at the highest levels of government and business, Hoplin was previously the Head of External Relations for Wells Fargo, where he led a team focused on improving the company’s reputation and advancing pro-growth policy objectives in concert with third-party organizations across the political spectrum. Before joining Wells Fargo, Hoplin served as the executive director at the Financial Services Roundtable (now BPI), a trade association representing the CEOs of the nation’s largest financial services companies. Prior to that, Hoplin worked in management consulting at Booz Allen Hamilton where he helped senior leaders across the government solve their most vexing challenges. Earlier in his career, Hoplin worked in politics, supporting many congressional, gubernatorial and Presidential campaigns.

Hoplin is a leader in the charitable community, where he serves on the Boards of the Trust for the National Mall and the Reagan Ranch. He’s a prolific fundraiser, having raised millions of dollars for charitable organizations, NGOs and political candidates.

A Minnesota native, Hoplin holds a Master of International Affairs degree from Columbia University, an MBA from Augsburg College, a BA in political science and communications from St. Olaf College and a certificate in Change Management from Georgetown University McDonough School of Business. He lives outside of Washington, DC with his wife Nicole and their three boys. 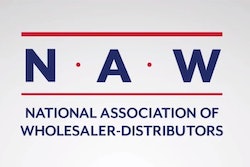 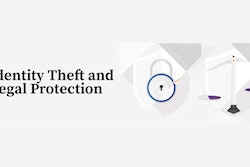