Ross received the award, named for PTDA’s co-founder and first president, at the Association’s Industry Summit in Dallas, Texas. The award was established in 1984 to honor individuals who have demonstrated outstanding, continuous, long-term support of PTDA and the PT/MC industry.

In presenting the award to a very surprised Ross, PTDA Executive Vice President/CEO Ann Arnott read a letter from Ross’ son, Tim, and showed a video of Ross’ grandchildren congratulating her on receiving the award. Ross took the podium and said, “This is such a surprise and such an honor. I love the industry, but without my family, this wouldn’t be possible. My son is the wind beneath my wings. I say to everybody here, as much as we are dedicated and passionate about this industry, never forget your families.” Ross went on to thank Kevin McCloskey, Kaman Industrial Technologies Corporation, for urging her to get involved in PTDA at the beginning of her career. She also thanked Jim Lamb, President of Timken Drives, LLC, for his support.

Jim Lamb, who has worked with Ms. Ross for the past eightyears, said, “Barb’s contribution to the field of industrial distribution over a career that spans nearly 30 years is nothing short of devotional. She lives, breathes and thinks distribution and constantly works on ways to improve, streamline and make life and work easier for distributors and manufacturers through her tireless efforts. She is most deserving of this award and we at Timken Drives feel lucky to call her one of our own.”

Carlos Ingram, who is retired from Kaman Industrial Technologies Corporation and received the Warren Pike Award last year, served as PTDA Board president when Ross was Manufacturer Council chair in 2003 and spoke of her involvement with PTDA. He said, “I don’t know of anyone in the organization who has worked harder than Barb to support the organization--not only PTDA, but also Industrial Careers Pathway® (the PTDA Foundation's sole initiative). She is always extremely open and friendly to everyone. Professionally, she is always well-prepared and open to ideas and alwaysfollows through. It applies to her working career and her volunteer work too.”

Penny Omnés, director for BCB Corporate Services, Ltd. and a colleague on the PTDA Foundation Board, said, “I’m so excited for Barb because she has been so focused mind, body and soul on our industry and is so deserving of this award. Her heart has been there the whole time." 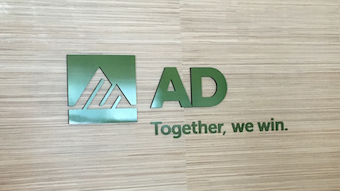 Net distributions to its members were even better at up 41% from a year earlier.
Nov 1st, 2021

About 300 participants gathered for the in-person event, which spoke to a new trend among distributor members: more companies ready to harness next-level tools and accelerate their growth.
Sep 13th, 2021
Follow Us
Most Recent