Tucson, Ariz. – Coming together in person for the first time in 18 months, the AD Bearings & Power Transmission Division welcomed 45 member companies and 21 supplier partners to its annual Network Meeting Sept. 21-23. At AD’s network meetings, small groups of non-competing members share best practices, discuss opportunities and challenges, and address specific topics where AD leadership is looking for feedback. Networks are also important in ensuring all members’ voices are represented. This year, a key topic was how the COVID-19 pandemic impacted members’ businesses.

In his opening remarks, Darin Davenport, vice president of the Bearings & Power Transmission Division, noted that despite many post-pandemic challenges lingering in 2021, members are seeing record demand and strong sales growth.

“Every quarter over the last six quarters, AD Bearings & Power Transmission members have outperformed the market,” said Davenport. “2021 is far outpacing the prior two years so far. Through August, member purchases to suppliers are up 30.8% over 2020. In fact, purchases from our supplier partners have been growing year over year since 2016.”

With 134 members encompassing over 800 locations and more than 8,000 employees, the Bearings & Power Transmission Division is expected to see total sales of $4.9 billion in 2021, an increase of 23% from 2020. Member earnings are projected to grow 25%, with $9.5 million in rebates distributed to members.

The division’s growth tracks with a successful year overall for AD. Speaking to attendees, Jack Templin, president of AD’s Electrical & Industrial Business Unit, provided a bright outlook for 2021, noting that member purchases from suppliers are on track to increase by more than 30%.

Templin remarked that the true north theme for this year’s AD events was especially appropriate in the aftermath of Covid. “Navigating the pandemic required having a set of goals and values to act as a compass in making decisions,” Templin said. “At AD, our direction is guided by AD Fundamentals, giving us a consistent approach as we figure out this new world we're in.”

Davenport announced the re-introduction of two performance initiatives: a member scorecard and divisional leaderboard, copies of which were distributed to members during the event.

The scorecard provides rankings based on annual sales growth, purchases from supplier partners, attendance at major AD events, and participation in market planning. The rankings provide visibility into members’ comparative performance with suppliers, indicating where they need to drive more sales, along with their participation in the AD community.

The leaderboard uses rankings based on percentage growth, showing which members are generating the most remittance growth via purchases from AD supplier partners. Davenport emphasized that the tools give members a relative picture of where they stand.

“We have to challenge our members to think differently,” Davenport said. “They're never going to compete with the big box companies on price,” Davenport explained. “They have to differentiate in unique ways, and they need a secret sauce to win. AD wants to play a big role in that effort. Giving them the tools they need to be successful is critical to growing their business.”

While AD network meetings have historically been members only, after 18 months without in-person interaction, the Bearings & Power Transmission divisional board opted to invite suppliers to this year’s event. These kinds of networking opportunities are central to AD’s focus on building relationships and rapport among members and suppliers.

As Davenport noted, “We want members and suppliers to leave feeling excited about having met in person; to feel that they were able to accomplish things that would lead to better product knowledge, revenue growth and improved relationships.”

To that end, the meeting included a networking lunch with supplier tables, a product showcase and networking reception for members and suppliers and an additional informal networking session.

"It's an opportunity to network directly with the leadership of our independent distributor partners," Stoneburner said. "We can have high-level strategic conversations about our businesses and work to align ourselves in a common direction."

AD members and suppliers alike appreciated the opportunity to connect. Frank Stangl, president of Weimer Bearing & Transmission and BPT divisional board member, described a sentiment shared by many.

"This meeting is especially energizing because of who I'm around," Stangl said. "We're all going through the same thing, whether it's personnel, product, Covid, etc. What I value most is the camaraderie—it gets me re-energized."

The meeting included an update on AD Member Supply, a program launched in January 2021 to help members leverage AD’s U.S. warehouse operations. Open to all AD members and participating suppliers, the warehouses provide logistical cost savings and operational efficiencies by serving as a fulfillment center and trusted partner. Through a combination of new programs and strategic changes, AD Member Supply has been ramping up growth.

George Graham, president of AD Member Supply, reported significant sales growth in core products, with many categories up by 30% or more.

“AD members continue to choose AD Member Supply because they can purchase multiple brands of AD supplier partner products on one purchase order with no minimums, enjoy the benefits of smaller order quantities than are often required by manufacturers and realize significant freight and operational cost savings from a source they know and trust,” Graham said. He also noted the launch of five new supplier programs in 2021, with more to come.

According to Graham, one goal is to drive sales growth for AD’s supplier partners beyond the levels they see from big-box distributors. Partnering with AD Member Supply has been successful for suppliers like Nachi America, as noted by Regional Manager Michael Whitesides.

“On top of rising demand, the incentives program we created with the warehouses has paid big dividends,” said Whitesides. “We're having a record year with AD Member Supply." 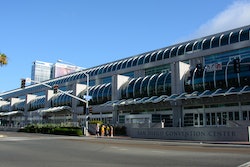 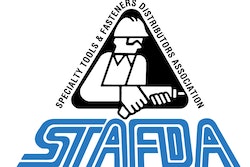 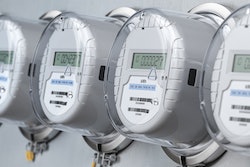