Speaking on Monday, October 25, Kudlak is a fastening industry professional with more than 30 years of experience. He began his career in 1983 introducing builders, tradesmen, and industrial fabricators to the benefits of using pneumatic nailers, staplers, and finishing tools over traditional hammer and nail technology.

After building that business in Florida for 12 years, he was recruited by ITW (Illinois Tool Works) to head up a division of their construction products group working with national customers like WW Grainger, MSC Industrial, Fastenal, and others. As the division was restructured after five years, Kudlak was referred to one of ITW’s OEM accounts, Aerosmith Fastening Systems, to be their national sales manager. That was in 2005 and Kudlak is now the company’s President and minority owner.

Aerosmith is a specialty fastener company that has grown 500 percent since 2005 supplying commercial contractors and industrial fabricators unique fasteners to attach a variety of products to steel and concrete. They also supply the RV, Cargo, and Utility trailer manufacturers and have built professional alliances with contractor supply distributors that make up trade organizations such as STAFDA.

Kudlak has been awarded one patent and has one patent pending. As Director of Product Develop during his tenure at Aerosmith, he developed four industry changing fasteners and built Aerosmith into a multi-dimensional supplier that has scaled to exporting. Aerosmith has distributors based in Australia, Germany, Canada, and the UK.

Aerosmith recently expanded into the mechanical and adhesive anchoring marketplace and in less than three years, one of which being 2020, has managed to produce annual revenue of over $2 million domestically.

Registration for STAFDA’s 45th Annual Convention & Trade Show in Orlando opens on Monday, June 28, at 8:00 a.m. Central from the members-only section of www.stafda.org. You must be a member to attend. 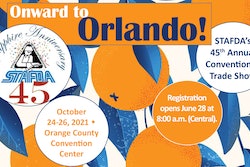 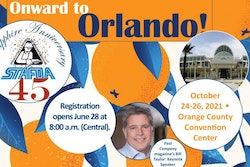 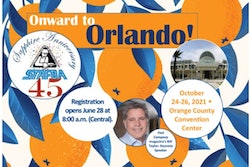