At its recent annual Industry Summit, the Power Transmission Distributors Association elected its 2020 board of directors and Manufacturer Council.

CHICAGO — At its annual business meeting during the recent PTDA Industry Summit in Austin, TX, the Power Transmission Distributors Association (PTDA) elected its 2020 Board of Directors and Manufacturer Council to lead the Association during its 60th anniversary year.

Brian Davis, executive vice president/COO, B & D Industrial (Norcross, Ga.), will become PTDA’s president in 2020. Davis has been active in PTDA since 2010 when he joined the Research & Innovation Committee and subsequently served as its chair. Davis has served on the PTDA Board of Directors since 2015. Following his election, Davis said, "It’s a great honor and a little bit humbling to serve as president in 2020. Over PTDA’s 60-year history, the Association has elevated the value the power transmission/motion control distribution channel brings to our end customers. I’m looking forward to working together as a board to continue to achieve our strategic goals on behalf of the industry.”

Joining Davis on the 2020 PTDA Board of Directors will be:

Jos Sueters, vice president, Tsubaki of Canada Limited (Mississauga, Ontario, Canada), assumes the duties of the PTDA Manufacturer Council chair in 2020. Sueters has been active in PTDA governance since 2008 when he joined the Canadian Conference Advisory Group. Sueters also served as the chair of the Programs & Products Committee in 2014 prior to joining the Manufacturer Council in 2017. “Since its founding in 1960, PTDA has always focused on bringing distributors and manufacturers together to collectively develop tools that drive more value to our mutual end customers. The Manufacturer Council will continue to work with and support the PTDA Board of Directors as we empower our member companies to be more successful, profitable and competitive,” Sueters said.

Joining Sueters on the Manufacturer Council for 2020 will be: 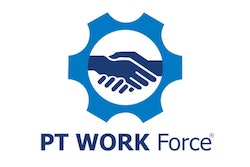 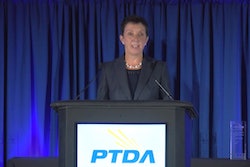