Each year during the three-day event, IBC recognizes distributors and suppliers who best represent the dedication, quality, and standards of excellence that customers have come to expect from members of IBC’s buying group.

Each year during the three-day event, IBC recognizes distributors and suppliers who best represent the dedication, quality, and standards of excellence that customers have come to expect from members of IBC’s buying group. At the annual Awards and Recognition Luncheon on Oct. 19th, IBC honored the following distributors and suppliers for going above and beyond to serve their customers and demonstrate growth and engagement in the IBC network:

Distribution Sales Management Expert Dave Kahle kicked off the event with a keynote address on the benefits of implementing a dedicated sales management system. His presentation, Pathways to Performance: Five initiatives that will transform your sales efforts!, gave attendees valuable insights for quickly ramping up a meaningful sales management system in today’s competitive business environment.

The keynote aligned with IBC’s overall mission of helping distributors and suppliers further grow and engage within the IBC network. At the event, IBC introduced its new “tiering” or performance ranking system designed to help its members increase market share and fuel growth. Ron Nuñez, IBC’s President & COO, extends a special “thank you” to everyone who joined IBC in Chicago for the organization’s 2014 National Meeting and said the feedback from the event has been outstanding. “The IBC team has worked vigorously over the past three years to position itself as a strategic partner with its distributors and Preferred Suppliers,” Nuñez said. “IBC’s growth strategy comes from within. As I see it, the opportunities ahead are endless and a ‘win-win’ for both our distributors and Preferred Suppliers.”

For example, IBC shared the recent benefits and successes associated with IBC University, which provides Independent Distributors within the buying group access to high-quality, 24/7 online education and training. Online courses are developed and submitted by IBC Preferred Suppliers and consist of multimedia learning modules that cover a broad range of topics. “The interest and engagement in IBC University – from both our distributors and suppliers has exceeded our expectations,” said Nuñez.

In addition, IBC rounded out the event with one-on-one meetings, distributor network groups and  a distributor booth forum. To add a dose of fun to its annual event, IBC hosted a night of social networking and indoor go kart racing.

Curt Lansbery, President and CEO at North American Tool, said his company has found tremendous value in being a member of the IBC Network. “We look forward to the IBC National Meeting because it allows us the unique opportunity to spend quality time with our valuable distribution partners,” said Lansbery. “At this year’s meeting, North American Tool met face-to-face with some of the industry’s greatest industrial distributors, and discussed how we can successfully join forces in the year ahead.”

Bill Timms, Vice President of Sales at Badger Mill Supply Corporation, said that the IBC National Meeting gives his team the ability to interact with peers and suppliers in a comfortable one-on-one setting. “IBC is an extreme value resource for IBC member partners. The organization’s ability to fulfill national account requirements utilizing independent local IBC distributors is an extremely effective business model,” said Timms. “Further, IBC’s ability to observe and embrace change has helped strengthen our positions in the marketplace. It has been my privilege to see the explosive growth of IBC in the last decade.” 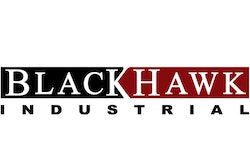