The relevant Supervisory Board motions for the Annual General Meeting (AGM) will be drawn up at the end of February and will be published with the notice convening the Company's AGM, which takes place in May. The Supervisory Board is scheduled to elect its new chairman immediately following the AGM.

Michael Macht, a mechanical engineer, was a Member of the Board of Management of Volkswagen AG with responsibility for Group Production from 2010 to 2014. From 1998 to 2010, he served on the Executive Board at Porsche AG, and most recently as the company's Chief Executive Officer. In June 2018, Michael Macht became a non-executive member of Weichai Power's Board of Directors. He joined the Supervisory Board of KION GROUP AG in October 2018.

John Feldmann has been chairman of the Supervisory Board of KION GROUP AG since 2011. During his tenure, he has played a key role in the KION Group's transformation from a European industrial truck manufacturer into one of the world's leading providers of intralogistics and automation solutions. The company has been listed on the MDAX since 2013. During John Feldmann's time as Supervisory Board chairman, the company has put in place an Executive Board that is diverse, international and equipped with the necessary expertise for the future. In addition, the composition of the Supervisory Board has evolved to ensure that it can tackle the strategic challenges of digitalization. 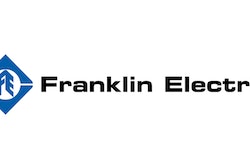