Along with industrial warehouses already testing and implementing smart glasses, other wearable technology like smartwatches and fitness bands are making their way into plant floors as well. 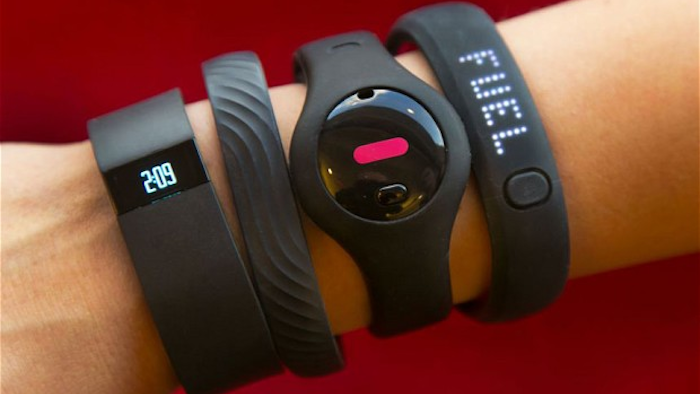 How would you feel about being issued a workplace wearable? There will be 75 million wearable devices deployed in work settings by 2020, said a report from research firm Tractica. Those could include today’s priciest devices, like the Apple Watch.

Warehouses, manufacturing shop floors, and field maintenance sites already use smart glasses in some cases. Google Glass retreated from the public but has remade itself as a workplace tool, providing an HUD for surgeons. Smart glasses are being tested in warehouses and customer service as well.

Then there are the wearables that aren’t essential but could enhance the job. ‘Bring your own wearable’ could be the next big thing, and fitness trackers and smartwatches would line up well with companies that provide wellness programs.

Apple, Google, and Salesforce.com are the market leaders in workplace wearables, Tractica said. Microsoft, FitBit, and Vuzix are also poised to get their products into the hands (and onto the faces) of employees in a big way.

Other types of wearables might catch on too, with some even becoming part of the uniform. Body sensors, smart clothing, wearable cameras, and more may become regular features of the work day for those whose jobs can be made more efficient by the inclusion of this technology.

Tractica’s full report is available on their website, and further details the timeline for the adoption of wearables in industrial settings and other businesses. Along with the companies above, it lists the major players who are making wearables targeted to adapt to workplace environments, and also shows which companies have already gone farther in terms of using wearable technologies within the workplace. If you plan to buy an Apple Watch soon, think ahead – it might become part of your job.

With the pandemic showing how fragile the industrial supply chain can be, we discuss how distributors can strengthen their own supply chain via digital means.
Nov 30th, 2021

Regulators cited a U.S. Postal Service mailbox installed by Amazon ahead of the election.
Nov 29th, 2021