Relections On Memorial Day In Afghanistan

This Memorial Day was different as I was reminded of where I was one year ago - Afghanistan . . . 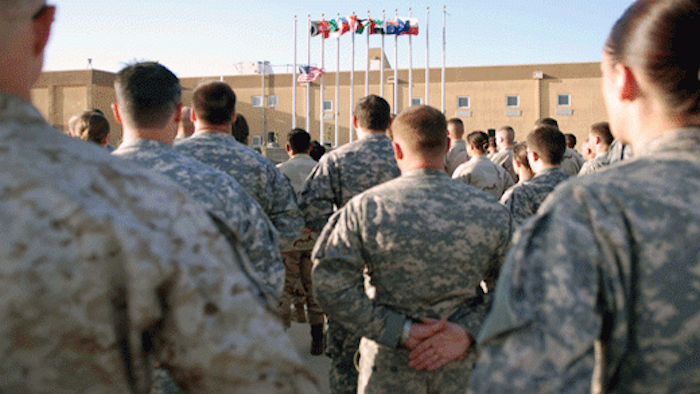 In our family, Memorial Day is not one of the holidays that receive “top billing."

It is not that I haven’t had an appreciation for the holiday, or its intended purpose; to honor those who have made the ultimate sacrifice in service of our country. After all, I’m as patriotic as anybody. I grew up in military household, my father served for over 30 years and have many friends that have pursued military careers.

That being said however, there is Christmas, Thanksgiving, 4th of July, and Easter that all seem to take precedence. Even the Super Bowl (although not a recognized national holiday – yet) seems to take priority over Memorial Day.

This Memorial Day was different as I was reminded of where I was one year ago - Afghanistan.

While working for my previous employer (an AD Strategic Supplier – Stanley Black & Decker), I was part of a group that was invited to go to Afghanistan to participate in a Memorial Day “BBQ, trade show and Appreciation Day” for our troops.

While some couldn’t believe we were voluntarily going to go to a War Zone to “sell tools,” most of our coworkers were envious of the opportunity we had to express our appreciation for the sacrifice our troops were making (and continue to make) on our behalf.

Once our trip was approved, we spent weeks preparing for the event. Arranging travel, obtaining credentials, getting shots, shipping product, having commemorative T-Shirts made, etc.

When the day finally came to travel, we were excited but scared at the same time.

Our team arrived at Bagram and was quickly briefed as to the reality of the situation. Ten rockets had been fired at the base the night before we arrived and we were shown where, just a week previously, a rocket had landed less than 100m from where we would be sleeping.

The day of the “trade show” came and the troops were so appreciative that our group had come all the way to Afghanistan to thank them for their service and demonstrate products that could help them maintain the equipment and facilities they relied on for their safety and security. Our group was thrilled with their response and honored to be in their presence. The next day was Memorial Day and we were scheduled to host a BBQ in appreciation for the soldiers.

Then we were reminded of the reality of war.

A group of soldiers, from the very unit we had been demonstrating products to just a few hours earlier, were hit by an Improvised Explosive Device (IED) while on patrol to a local village. Several of the troops were killed or injured, some of which, just hours earlier, could have been standing at our tables talking about the latest products we were showing.

The previously enthusiastic environment turned dark and somber. Internet service and cell phone service was suspended so that the names of the injured and or dead could be communicated to their “next of kin” in an appropriate and respectful manner.

When we met with our host, a U.S. Army Captain, he informed us that we would be unable to host our BBQ and Appreciation Day as the event had been cancelled out of respect for those who gave their lives. He was literally choking back tears as he apologized for cancelling the event and expressed regret that we had traveled all that way only to have our event cancelled (Apologized?  Are you kidding me?). The Captain excused himself explaining that he had to “…get his boys (the ones that had been killed) on a plane and back to their families."

The next few days were awkward to say the least; the planned Memorial Day events were cancelled and as we went to and from the mess hall, the feeling of sadness and loss was ominous. We felt unworthy to be in the presence of these heroes, mourning the loss of their brothers.

The significance of Memorial Day is forever changed for me.

On future Memorial Days, as you enjoy the company of friends and family, I encourage you to take a moment to reflect on the meaning of this day. A day set aside to memorialize those who have made the greatest sacrifice so that we can continue to enjoy our freedom.