While watching the Super Bowl this year, I was reminded of how complicated it is to build a winning team; a team that operates at the highest level to achieve the ultimate prize. We, in the project management business, strive to pick the best professionals for a project and then attempt to coach them to victory.  In my case, this victory means a successful implementation of an Enterprise Resource Planning (ERP) System. 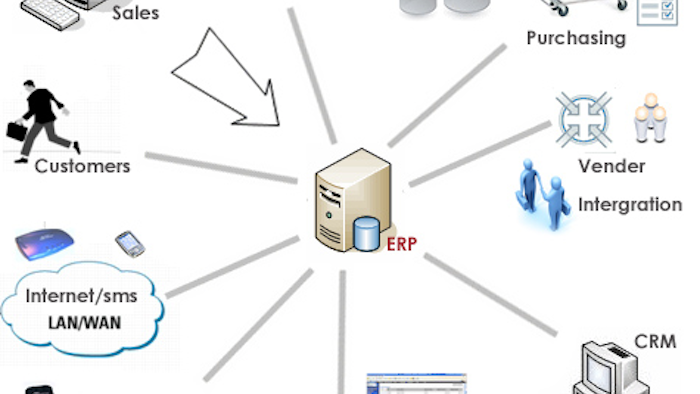 While watching the Super Bowl this year, I was reminded of how complicated it is to build a winning team; a team that operates at the highest level to achieve the ultimate prize. We, in the project management business, strive to pick the best professionals for a project and then attempt to coach them to victory.  In my case, this victory means a successful implementation of an Enterprise Resource Planning (ERP) System.  The ERP system is the core system – the operational system of record - that runs an organization’s business.  It is the central nervous system of the business and frequently controls numerous other bolt-on systems.  Given the fact that it has the capability to touch each business process of the company, building a team that can manage and implement such a complicated system is frequently a daunting challenge. So, let’s take a look at the game plan to building a winning team for an ERP implementation.

Start at the top.

Building your team actually starts at the top, which means executive sponsorship.  You must have a solid executive behind this project and preferably one that carries significant influence in the organization.  This leader needs to be an active member of this team throughout the whole project and represent the voice of reason to the implementation team.  It also means being a cheerleader at times and being prepared to ask the tough questions when necessary.  By fully understanding the size, scope, and technical aspects of the project, an executive sponsor can assure the proper company commitment of time and resources required for a successful implementation. Without that executive sponsor on your team, the project is simply doomed.

90 Percent of Project Management is Communication. It is critical to communicate to the company the reasons and importance for the upcoming implementation project, the scope of the effort and then to continuously advise employees on the progress and benefits of the ERP implementation.  Without a doubt, most failed ERP implementations are a result of poor communication which didn’t allow the company to properly assess how they would be impacted by process, policy and procedure changes.

That is why the project manager is an integral player in an ERP implementation.  Unfortunately, companies often make the mistake of choosing someone they feel is the smartest person in their organization.  While intelligence is important, the project manager must be able to communicate effectively to the staff, the appropriate stake holders and the C-level suite. Essentially, the project manager is the coach of the implementation team and their key role is to be the central communicator and manager of the project.  Beyond good communications skills, an effective project manager also knows how to get the most productivity out of their team, leverage their talents and expertise, understand the risks before they happen, develop a comprehensive and systemic plan of all parts of the ERP implementation, and execute that plan given the constraints.  The project manager is the person who stands in front of the media microphones (or executive management) like a coach and takes the heat or the praise for the project’s success or failure.  By choosing the wrong person for this critical role, the company is not only faced with a failed project but also a losing season.

A team is only as good as its weakest link.

Dr. Harold Kerzner, frequently referred to as the father of modern Project Management, highlights eight roles which support projects in an organization.  They are the following: Information Seeker; Information Givers; Encouragers; Clarifiers; Harmonizers; Consensus Takers; Gate Keepers; and Initiators.  You should look for team members that fall into these roles while being able to contribute to the overall project’s success with their knowledge of the system being implemented and/or the business processes of the organization that need to be mapped to the new system.  Conversely, you should shy away from the following personalities when putting together your team:  The Aggressor; Dominator; Devil’s Advocate; Topic Jumper; Recognition Seeker; the Withdrawer; and, the Blocker.  These types of personalities are a cancer in the locker room and will most certainly limit the success of any project. The importance of a winning team for an ERP implementation can best be summed up by this famous quote from UCLA football coach Henry Russell Sanders who originally said, “Winning isn’t everything; it’s the only thing!”  That statement rings all too true for an ERP implementation where there are frequently careers on the line, significant resources and capital investments, and the future technological direction of the organization hangs in the balance.  Indeed, building a winning team won’t necessarily assure success 100 percent of the time, however without it, failure is virtually guaranteed.