Adapting For The “Chronologically Gifted” Worker

Whether workers are delaying retirement or returning to the workforce, manufacturers are watching as their workers, on average, look for an extra ten to fifteen years out of their careers. A study by The Sloan Center On Aging & Work found that approximately 15 percent of study respondents re-entered the labor force after retiring from a full time career. 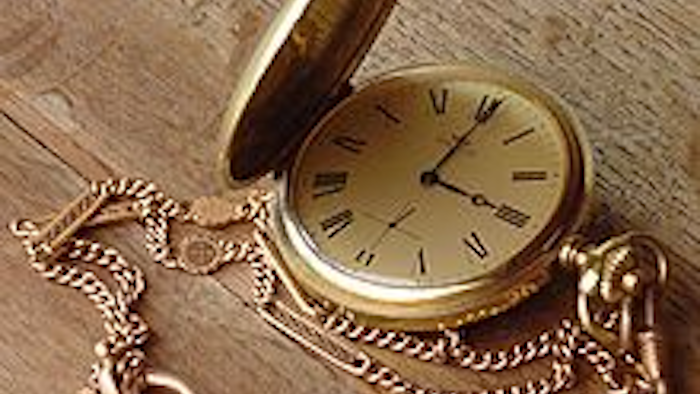 An interesting piece about how manufacturers are adapting to an overall older worker age, this topic is one that distributors should note as they will be given the opportunity to supply manufacturers with products and solutions that help those manufactureres bridge the gap and create a more ergonomic working environment in future years. This article first appeared in IMPO's November/December 2012 issue.

Josh Kerst, vice president of Humantech, debunks common myths about the older workers in the industry, and offers key changes that manufacturers can make to embrace a safe and productive older workforce.

The number of workers aged 55 years and older has increased by nearly 15 percent since December 2007, according to the AARP Public Policy Institute, and this aging workforce is a major concern for the industry today. Whether workers are delaying retirement or returning to the workforce, manufacturers are watching as their workers, on average, look for an extra ten to fifteen years out of their careers. A study by The Sloan Center On Aging & Work found that approximately 15 percent of study respondents re-entered the labor force after retiring from a full time career, and the economy has forced many to remain in the workforce longer than they may have originally intended.

“The workforce is getting more chronologically gifted,” says Josh Kerst, vice president of Humantech, an ergonomics and workplace improvement company. He explains that designing for the “chronologically gifted” workers who may be in their 70s or even early 80s creates a safer workplace for everyone. If a task can be performed adequately and safely by workers who may not have the strength or reach of their younger counterparts, it can be performed by everyone. “Healthy people perform better — that’s the most important thing,” Kerst adds. “Hurting people is not a corporate value of any company I’ve ever visited.”

“There’s the old myth that you can’t teach an old dog new tricks,” Kerst says. However, as it turns out, “old dogs love new tricks; they just have to be taught in a different manner, and be given the opportunity to do that.”

In 2007, the head of BMW’s Lower Bavaria plant was worried about the increasing average age of the plant’s workers, and the possible corresponding drop in productivity. To resolve its apparent dilemma, one of the plant’s lines became a pilot project and was staffed with a predicted 2017 mix of workers — ones with the average age of 47. Workers at the plant implemented mainly physical changes to the line, which produced rear-axle gearboxes, to address ergonomics and quality concerns. Compared to another production line with no changes made to accommodate older workers, Kerst says, “both were generating the same product and at the end of the day, the older workforce achieved a higher productivity level, at a better quality or lower rework level.”

“There are a lot of changes that can be made,” he says, “and they don’t have to break the bank.” Kerst explains that there are a few major changes that the human body undergoes with age that manufacturers should be aware of when modifying the workplace for an older workforce, with one of the most important being changes in sight. 80 percent of the information humans receive is transmitted via sight and “the lighting environment and the illumination that’s provided is absolutely essential.” As an individual ages, the amount of light needed to see a defect or discern an assembly process increases incrementally, Kerst explains. “A 40-year-old might need twice the light that a 20-year-old needs.” Increasing the amount of light – but also the quality of light – is important. Natural, low-glare, high-quality lighting is essential, and can be as easy as switching fluorescents out for LEDs. “That’s also a very green, sustainable initiative,” he adds, “so it’s in combination with things they might be doing already.”

Another major change that Kerst stresses for industrial manufacturers is addressing the acoustics of the work environment. “Loud working environments not only present a health hazard,” he says, “the older we get, the more noises annoy us and distract us.” Noise-dampening materials and shielding loud noises can help to prevent noise induced hearing loss and increased stress from high levels of occupational noise. Dampening machinery vibrations and increasing worker distance from the noise source are ways to mask sounds that can be detrimental to workers, both old and young, creating a more peaceful and productive workplace.

The third major change that Kerst directs manufacturers to address involves how the “chronologically gifted” process information, which can be different than how younger workers may process the same information. Manufacturers should present information “at a pace that they can accept it,” he explains, whether this is through “go at your own pace” education initiatives or minimizing tasks that require immediate decisions, as older workers may sacrifice speed for accuracy in decision making.

In additional to addressing lighting, noise, and learning issues, Kerst stresses that there are two main things that companies can do to be sure that the older workforce is accommodated: build adjustability into workstations and minimize the force that a worker needs to apply on the job. “Allow people to work in a seated or a standing position,” he stresses, “adjust for different heights or statures.” And “minimize how much we have to lift, lower, push, pull, or carry,” he says. Utilizing adjustable workbenches and power equipment and tools are a few ways manufacturers can accommodate the older worker. “Really use technology to help in these areas,” stresses Kerst. “[Older workers] can work just as productively as their younger counterparts, and with as much quality, or better, given the right conditions.”

“If you’re able to maintain an organization that has that huge body of experience and knowledge,” Kerst says of the older workforce, “that can be transferred throughout your whole organization. That’s the tremendous benefit that our chronologically gifted folks bring — experience matters.” With the skills gap in manufacturing today, that wealth of knowledge may be what manufacturers need to keep their business growing. Millions of manufacturing jobs have been going unfulfilled despite high nationwide unemployment rates, as many manufacturers struggle to find highly trained workers and engineers for skilled production.

“Some new people don’t want to learn these skills,” he adds. A recent study by the Sloan Center actually found that when continuing educational opportunities at a master’s level degree program were offered to the entire company, the fastest growing group that was taking advantage of it was the over-55 group. “What we find is the older workforce is more engaged, is more motivated,” Kerst says. “When companies can make the physical changes – that’s part one – part two is giving people the opportunity to participate.”

“I think the success of the industrial workplace is based on people, and people are the sole source of productivity,” stresses Kerst. And those people are getting older. The U.S. Bureau of Labor Statistics predicts that the baby-boom generation will move entirely into the 55-years-and-older age group by 2020, increasing that age group’s share of the labor force from 19.5 percent in 2010 to 25.2 percent in 2020. The “prime-age” working group (age 25 to 54) is projected to drop to 63.7 percent of the 2020 labor force, with the 16- to 24-year-old age group accounting for the remaining 11.2 percent of the labor force. “You can either be ready for it or have to react to it when it comes to your local workplace,” says Kerst. “[Companies] may not know what the important issues are right now, but if they’re able to retain folks who have a lifetime of experience, they’re going to be better able to address them moving forward.”

“Maybe we are an age-phobic society,” he says. “Instead of seeing that as a negative, I would say embrace the older workforce because they have a tremendous amount to offer – the quality mindedness, the motivation, the engagement – it’s contagious and it can help your business a ton.”