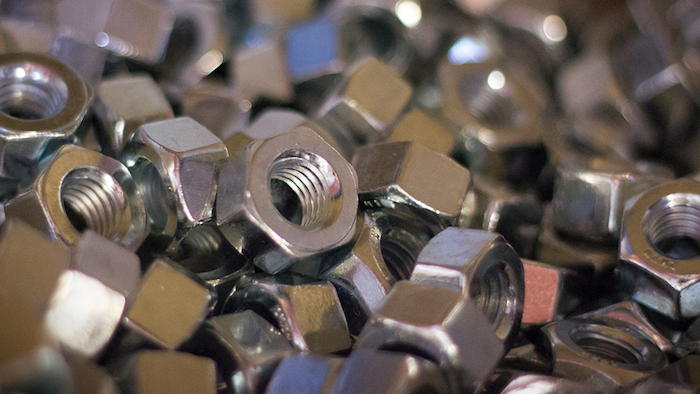 The seasonally-adjusted January FDI showed a mark of 60.8, up from December's 57.6 and November's 56.9 — indicating continued market expansion and at an accelerated rate to start the year. These past two months of gains follow two-straight months of deceleration during October and November. Any reading above 50 indicates expansion, while any reading below 50 indicates contraction.

The FDI's Forward-Looking-Indicator — aimed to provide a directional perspective on future expectations for fastener market conditions — also showed continued optimism by showing a seasonally-adjusted reading of 64.7, up from December's 59.6.

According to the FDI, 82 percent of respondents said January sales were better relative to seasonal expectations, a major jump from only 43 percent who said so in December. That 82 percent mark is the highest recorded since the FDI's inception in 2015.

43 percent of respondents said sales were better relative to seasonal expectations, down slightly compared to 50 percent in November. But that is still considerably improved from the 31 percent average in 2016.

Looking at other FDI metrics in January: 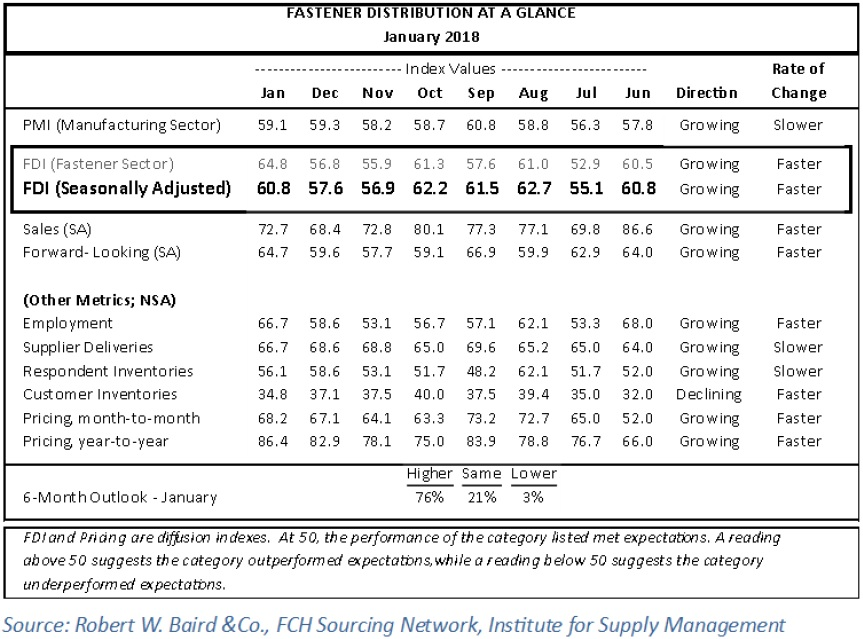