With only its Facilities Maintenance segment left going forward, the company's daily sales accelerated in November.

It's been a heck of a past few months for HD Supply. The company surprised the industrial supply market in August when it announced the sale of its Construction & Industrial - White Cap Unit — a move that completed in October and downsized the company by half. Less than a month later, news broke that home improvement retail giant The Home Depot is acquiring HD Supply in an $8 billion reuniting between the two companies, as the latter spun off from The Home Depot in 2007. Including debt, The Home Depot is paying $9.1 billion in the transaction, which is expected to complete by the end of January.

On Friday, HD Supply reported its 2020 third quarter fiscal results for the period ended Nov. 1, and amid the C&I divestment, it meant the reporting covered a much smaller company comprised only of its Facilities Maintenance unit.

"I am very proud of the team as their focused execution continued to deliver improved results, in the face of turbulent end markets and organizational change," stated Joe DeAngelo, chairman and CEO of HD Supply. “It is a testament to their dedication to our customers and their commitment to safely delivering best-in-class service."

HD Supply did not conduct a conference call alongside the release of its Q3 earnings report. 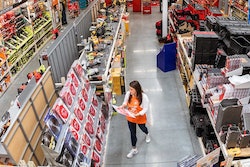 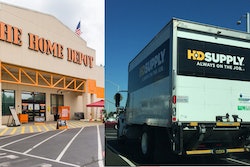 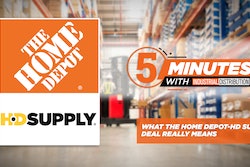