See what the home improvement retail giant said about its plans for HD Supply — a company has re-acquired after spinning off in 2007. 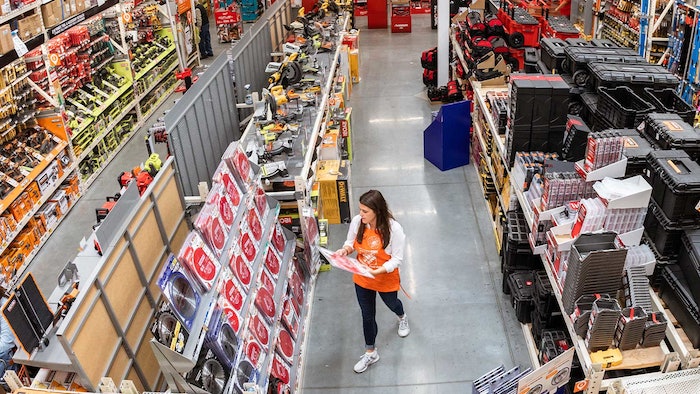 The Home Depot reported its 2020 fourth quarter and full-year earnings on Tuesday, and afterward shared some insights on its plans for HD Supply — the facilities maintenance products distributor the home improvement retailer acquired in late 2020 in an $8 billion deal.

Completed Dec. 24, it was a landmark transaction in the industrial distribution space and arguably the largest such deal in several years. HD Supply was No. 4 on Industrial Distribution’s 2020 Big 50 List on account of its $6.15 billion in 2019 sales, but The Home Depot ended up buying a much smaller version of the distributor. HD Supply sold off essentially half the company in October via divesting its Construction & Industrial – White Cap unit to Clayton, Dubilier & Rice for $2.9 billion. And that came after several previous divestments in the past few years. Overall, HD Supply went from a distributor with $9 billion in 2014 sales to a $3 billion company at the time it was re-acquired by The Home Depot on Christmas Eve.

So, what does the world’s largest home improvement retailer plan to do with HD Supply — a company it originally spun off in 2007?

“First of all, we’re thrilled with the acquisition of HD Supply. hey are clearly a leader in the MRO space, and it really strengthens our position in a $55 billion fragmented market opportunity. And so we’re super excited about that,” The Home Depot president and CEO Craig Menear said Tuesday in the company’s Q4 earnings call with analysts. “We’re going to take our time and look at how we encompass all the assets that exists between the formerly Interline (Brands) and now HD Supply, and we’ll put a plan together that will allow us to use all that asset base to be able to grow and capture share in the MRO market.”

HD Supply marks The Home Depot’s first bolt-on in the MRO distribution space since it bought Jacksonville, FL-based Interline Brands in 2015 for $1.63 billion. Interline last charted on The Big 50 in 2017 at No. 14 and was rebranded as The Home Depot Pro in 2018. The Home Depot hasn’t broken out financial figures for that business unit since buying Interline, though the LinkedIn page for Interline states it has sales “approaching $2 billion.”

Meanwhile, the HD Supply that The Home Depot acquired had approximately $3 billion sales in 2019, and even factoring in the assumption that HD Supply’s 2020 sales took a similar hit that other major MRO products distributors saw in 2020, one can assume that HD Supply and the rest of The Home Depot Pro had around $5 billion in 2020 sales.

During The Home Depot’s earnings call Tuesday, an RBC Capital analyst said RBC estimates that The Home Depot now has about 10 percent of the total MRO products market and asked if adding HD Supply accelerates the company’s growth potential for MRO due to a bigger resulting customer base.

“That’s clearly why we made the acquisition,” answered Richard McPhail, The Home Depot CFO. “We want to accelerate growth in that space, and it’s a great space and allows us to penetrate into a housing segment that was more difficult to penetrate with the orange box. So we’re super excited about the opportunity.

Menear added that HD Supply brought strong digital assets to the company and that it has a very healthy and high-performing website. The distributor garnered at least 60 percent of its total sales via e-commerce each year starting in 2017.

In the fourth quarter, The Home Depot’s sales of $32.3 billion jump 25.1 percent year-over-year, with comparable sales up 24.5 percent. Net profit of $2.9 billion grew from $2.5 billion of a year earlier.

As expected, the company did not break out fiscal performance figures for HD Supply.

The company said that in Q4, it saw double-digit year-over-year growth from both its PRO and DIY customers.

The Home Depot ended January with 2,296 retail stores in North America, including 1,987 in the US.