Expanding in the Milwaukee and Madison metro areas, the investment will create a combined 870 new jobs by 2025.

Brookfield, WI-based Milwaukee Tool and Wisconsin Governor Tony Evers announced Tuesday that the company is expanding its southern Wisconsin reach in the in the form of a $100+ million expansion between the Milwaukee and Madison areas.

A news release states that Milwaukee Tool will invest more than $100 million in a new campus in Menomonee Falls, and spending $7.5 million to expand its Imperial Blades production facilities in Sun Prairie. The company acquired Imperial Blades in the fall of 2018.

"Our state is extremely grateful that Milwaukee Tool continues to expand and invest in Wisconsin," said Evers. "From the company's name to the quality of its tools, Milwaukee Tool demonstrates that Wisconsin products — and Wisconsin workers — are the best not only in the nation but in the world."

The release said the Menomonee Falls campus will occupy 65 acres of land, with the potential to host a multipurpose facility spanning 2.5 million square feet. Complementing the company's Brookfield global headquarters campus, the new development will help Milwaukee Tool with expansion and growth as it looks to consolidate operations in southeast Wisconsin.

"The people of Milwaukee Tool are our most valued resource," said Steve Richman, Milwaukee Tool Group President. "It is their passion for our brand and their obsession with our users that continues to drive a culture of success. These expansions are necessary for Milwaukee Tool to sustain our growth by delivering disruptive innovation to users on job sites around the world."

With Tuesday's announcement, since 2016 Milwaukee Tool has now committed to spending $174.5 million in Wisconsin over a five-year period. 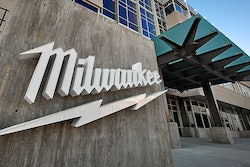 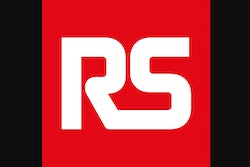