Chicago, Ill. — Over 530 power transmission and motion control industry representatives from nearly 230 PTDA member companies attended the PTDA 2013 Industry Summit. Along with an additional 160 spouses, companions, and guests, the top executives convened on October 3-5, 2013 at the J.W. Marriott Desert Springs in Palm Desert, Calif. and took a giant leap forward in their relationships and knowledge base.

“The PTDA Industry Summit offers a support net through its extensive networking opportunities,” said PTDA President Chris Bursack (ISC Companies, Inc., Plymouth, Minn.). He continues, “In my own experience, this year’s Industry Summit helped me efficiently resolve vendor issues and most likely gain a new product line—all facilitated by the networks I built through PTDA.” PTDA Manufacturer Council Chair Michael W. Dolpp (Thomson Industries, Amherst, N.Y.) concurs, stating “The opportunity that the Industry Summit provides by bringing together so many channel partners is unmatched. For someone like me, constantly on the road, seeing so many channel partners at once makes coming to the Industry Summit essential for my success.”

PTDA 2013 Industry Summit at a Glance

The Industry Summit’s signature event, the Manufacturer-Distributor Idea Exchange (MD-IDEX), each year efficiently brings together existing and potential channel partners to strategically plan for the upcoming year. Nearly 120 manufacturers exhibited at MD-IDEX in 2013, and the program featured well over 400 meetings through pre-scheduled appointments and open times.

The Industry Summit included a Motion Control Showcase, featuring 15 motion control suppliers presenting their latest hardware. The showcase is targeted at members considering expansion into the motion control arena, looking for additional suppliers to support current offerings or interested in networking with other market players.

The closing event of the Industry Summit allowed delegates and their spouses/companions the chance to enjoy games on a carnival midway, ride a Ferris wheel and capture moments in a photo booth.

About the PTDA Industry Summit

Attended by top-level decision-makers from leading distribution and manufacturing firms, the PTDA Industry Summit provides a unique mix of educational sessions on industry trends and offers distributor-manufacturer meetings and peer networking forums. It is designed to help distributors and manufacturers work together to move their companies and the industry forward. Keynote and education sessions help attendees grow their businesses and bottom lines by focusing on using existing capabilities and careful planning to tap into new markets and capture new opportunities.

The Power Transmission Distributors Association (PTDA) is the leading global association for the industrial power transmission/motion control (PT/MC) distribution channel. Headquartered in Chicago, PTDA represents 172 power transmission/motion control distribution firms that generate more than $16 billion in sales and span over 3,400 locations in 10 nations. PTDA members also include over 200 manufacturers and associated companies that supply the PT/MC industry. For over 50 years, PTDA has been dedicated to providing exceptional networking, targeted education, relevant information and leading-edge business tools to help distributors and manufacturers meet marketplace demands competitively and profitably. For more information, call +1.312.516.2100, visit www.ptda.org, follow us at @PTDAorg. and view PTDA photos at http://www.flickr.com/photos/55690309@N06/sets/. 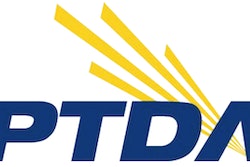 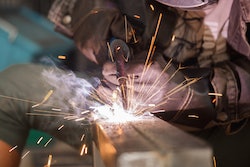