It's Winsupply's second announced deal already this year, and third since early December. 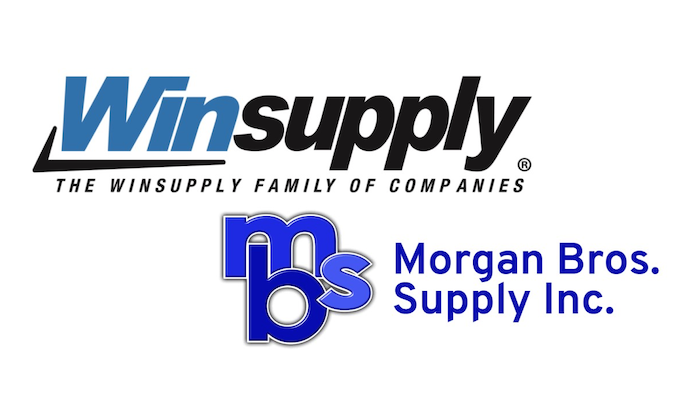 Dayton, OH-based plumbing and industrial distributor Winsupply is staying on the acquisition trail, with the company on Wednesday already announcing its second bolt-on addition on Wednesday.

Winsupply — No. 7 on Industrial Distribution's 2019 Big 50 List — said it has closed on the purchase of Morgan Brothers Supply, a plumbing wholesale distributor primarily serving central and northern Florida out of seven locations in the state. Terms were not disclosed.

Morgan Brothers Supply was founded in 1980 and has grown rapidly to seven locations and nearly 120 employees to serve plumbing contractors and general contractors, developers, homeowners and correctional institutions. The company has six plumbing showrooms. Company founders Russell and Peter Morgan sold their interest in the company to Winsupply.

Arnold Hardy, previously sales manager at Morgan Brothers, becomes president of the company, which will continue to do business as Morgan Brothers Supply. Hardy has 36 years of experience in the plumbing wholesale industry including his last 25 years at Morgan Brothers. He plans to purchase equity in the newly-acquired company and share ownership with Winsupply Inc., the majority owner.

"Morgan Brothers Supply has delivered sales growth that has easily exceeded the pace of overall economic growth in the highly attractive Florida market," said Monte Salsman, president of Winsupply Acquisitions Group. "The credit goes to the staff under Arnold who are highly-trained, knowledgeable and solutions-oriented people providing high levels of customer service. The leaders at each of their locations in Ocala, Daytona Beach, Melbourne, Gainesville, Crystal River, Jacksonville and Orange City average nearly 20 years' experience each."

Hardy said he welcomes the opportunity for ownership. "I look forward to the opportunity of working and growing with Winsupply and also the future of ownership and all that the company has to offer," Hardy said. "Our employees are excited about the future with Winsupply and look forward to joining a company that will enable us to continue to grow and develop our company with tremendous buying power and the support of their new distribution center in Jacksonville."