2012 Shapes Up To Be Another Banner Year For M&A

As in 2011, there have been transactions in most segments of industrial distribution, including power transmission/bearing, industrial/MRO, electrical/automation, industrial gas and welding, and fluid management . . .

This editorial originally appeared in the July/August 2012 issue of Industrial Distribution. To view it in its original format, click here.

The blockbuster proposed transaction announced in early June was the $1.1 billion acquisition of publicly held distributor Interline Brands by a consortium of private equity funds. The most active buyer was highly diversified industrial/MRO product and services distributor DXP Enterprises, which acquired Mid-Continent Safety based in Wichita, KS, with sales of about $10 million, and Industrial Paramedic Services, based in Houston, with sales of approximately $21 million. DXP also acquired three smaller companies to enhance its rotating equipment division.

In the hose and accessories sector, major player Lewis Goetz acquired Industrial Rubber Supply based in Savannah, GA, which will enhance its focus on national accounts business, particularly with the pulp and paper industry. Lewis Goetz was acquired by a private equity firm in 2007 and reportedly then doubled its branches and grew its revenues by over 50 percent. In November 2011, the company was acquired by ERIK, NV, one of  the world’s largest diversified industrial distributors with operations in the U. S. generating sales over $700 million.

Many owners of independent companies in this sector have told us that they have been approached by several interested parties, including ERIK, NV, private equity platforms GHX Industrial based in Houston, and Singer Equities, which was acquired by private equity firm AED Investors in 2011 from another private equity firm. We anticipate that these parties and others will be competing aggressively for available acquisition candidates, and that there will be other announcements in this sector in 2012.

Private equity struck again in the industrial gases and welding sector. In April, Tech Air announced the acquisition of Dressel Welding which has nine locations in Pennsylvania and Maryland. Tech Air, based in Danbury, CT, was acquired by private equity firm CI Capital Partners in early 2011. Interestingly, the transaction is the firm’s second trip to the sector. In 2007, CI acquired Valley National Gases, and supported its growth through eight add-on acquisitions before selling it to Matheson in 2009. Although the sector is dominated by strategic companies Airgas, Praxair, and Matheson, it is still fragmented and therefore attractive to private equity investors.

Diversified electrical/MRO distributor Turtle & Hughes extended its reach to California with the acquisition of our client, Mag-trol of Long Beach, an automation/electrical distributor with a major customer focus on seaport authorities and contractors doing business in seaport. This was a very timely acquisition with significant geographic growth potential because many seaports in the United States are currently undergoing significant expansion.

In the bearing/power transmission sector, BDI acquired Brown Bearing Company based in Spokane, WA. Established over 60 years ago, Brown bearing has a very loyal customer base and will enhance BDI’s existing operations in the Pacific Northwest.

The many positive dynamics that drove the resurgence of merger/acquisition activity in 2011 continue to drive activity in 2012. The major dynamic is the pent up demand for acquisitions to further the strategic corporate objectives of both strategic buyers and private equity investors. Acquisitions have always been a way for companies to achieve the growth and profitability expected by shareholders of public companies, and by private equity investors. During the economic downturn of 2008-2010, M&A activity basically ground to a halt because there were few willing sellers. Also the acquisition appetite of potential buyers was constrained because their operations were negatively affected  by the downturn. In 2012 as in 2011 — with the effects of the recession mostly behind them — publicly held distributors continue to be motivated to deploy the large amounts of cash that was accumulated during therecession. Also credit markets have opened up considerably, and  bank financing is more readily available to finance acquisitions.

As illustrated by some of the transactions mentioned above, private equity firms are a major force driving industrial distribution M&A activity. They are interested in add-on acquisitions for their existing platform companies. But many private equity firm without an industrial supply platform are particularly interested in establishing new platforms by acquiring large companies with management talent, and established vendor and customer relationships, which they can grow into a much larger company through organic growth and  add-on acquisitions. It is estimated that private equity funds have over $450 billion of available cash that they must deploy into acquisition to satisfy their investment return objectives.

Based on our discussions with many private equity firms, there are many reasons why they are attracted to the industrial distribution industry. One is due to the fact that most segments continue to be highly fragmented. Therefore, after an initial platform acquisition is made, there are a large number of potential add-on acquisition candidates. Another attraction is the fact that industrial distributors typically have a diversified customer base in many end-markets, thereby minimizing the risk of losing a customer. Private equity firms also like the fact that a well-run industrial distributor can generate strong cash flows, and because there are many ways to enhance the efficiency and profitability through implementation of cost control measures, introduction of advanced technology, and by offering value added services to customers.

With strategic buyers and private equity firms aggressively on the acquisition trail, owners of independent distribution companies of all sizes and in all sectors can now benefit from what is increasingly becoming a firm “sellers’ market.” In the M&A game, timing is often everything. The time to sell a company is when its business is growing, and when there are multiple potential buyers.

The pent up desire of many industrial supply company owners to sell their companies is another positive dynamic driving the current M&A activity. In addition to the expectation of receiving an attractive price, many owners are motivated to explore a sale now to lock in the current maximum 15 percent federal capital gains tax rate.

Typically a once-in-a-lifetime experience, owners can be prone to making serious mistakes when selling a business. By avoiding the following 10 mistakes, the sale process will be smoother and the chances of closing a transaction at an attractive price that satisfies the owner objectives will be significantly increased:

1) Having Unrealistic Valuation Expectations: In preparation for the sale of a company, an owner should obtain a professional valuation of the company. Having an unrealistic high price expectation deters potential buyers and is a waste of time. Also, having a valuation will allow an owner to avoid engaging a M&A firm that overvalues his company in order to influence him to engage them.

2) Overstating The Company’s Earnings Potential: Industrial distribution buyers are experienced and savvy. If, during due diligence, they determine that the projections provided are “pie in the sky,” a major red flag will go up and they may very well walk away.

3) Hiding a Major Problem: Nothing turns off a potential buyer more than learning about a major problem during comprehensive due diligence. All problems, such as loss of a vendor, a significant A/R write off, or the existence of some bad inventory, should be disclosed early in the process.

4) Broadcasting To The World That The Company Is For Sale: While there may be exceptions, usually an unshopped company has more appeal than one that is known to be on the market. Financial advisors should only be allowed to contact serious, qualified buyers approved by the owner in advance.

5) Talking To Just One Potential Buyer, or the “Most Likely” Buyers: In the merger/acquisition game, the most effective way to enhance the sale price is to generate competition among two or more qualified buyers. Company owners typically know their competitors and often focus on them as the most likely buyers. With the help of their financial advisors, they should broaden the list of potential buyers to include companies in different but related businesses, private equity firms, and foreign companies.

6) Not Getting a Confidentiality Agreement From Potential Buyers: No information should be disclosed to potential buyers without a signed confidentiality agreement preventing them from disclosing the fact that the company is for sale, or using sensitive information for any purpose other than to analyze the business as a potential acquisition.

7) Not focusing On The Tax Implications Of the Sale: The tax consequences of selling a company should be thoroughly assessed early in the process. Special tax counsel should be engaged to identify and address all tax issues and assist in developing a transaction structure favorable from a tax standpoint.

8) Stating a Desire to “Cash Out:” It may be true, but it is usually a mistake for an owner to be too vocal about a desire to sell for cash and leave the business. Even if an excellent management team will remain, being too blunt about wanting to depart can often send the wrong signals. The best approach is to indicate a willingness to continue to work for or consult with the buyer for a reasonable transition period.

9) Not Understanding the Terms of the Sale Agreement: The sale agreement is a long complex document with representations and warranties by the seller specifically designed to protect the buyer. It is crucial that a seller understand the agreement to avoid being subject to unnecessary risks post-acquisition.

10) Trying To Sell The Company Without Professional Advisors: Selling a company typically takes 4 to 8 months. Most owners simply do not have the time or expertise to prepare a comprehensive sale memorandum, identify, qualify and contact potential buyers, and negotiate and structure the transaction. More often than not, owners who try to do it themselves later realize that they have been penny-wise and pound-foolish.

C.A. Burkhardt is Senior Managing Director of HT Capital Advisors, a private investment banking firm founded over 60 years ago. He heads his firm’s team focused on the industrial distribution industry. He can be reached at 212-759-9080 or by email at cburkhardt@htcapital.com. 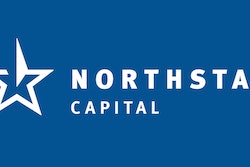 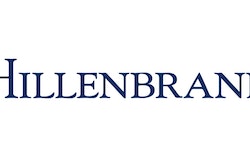 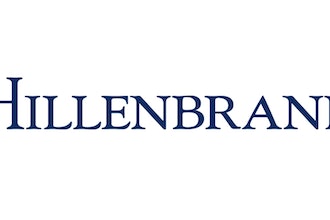