U.S. Manufacturing Technology Orders for January totaled $396 million, marking the second strongest January in the history of the USMTO program. 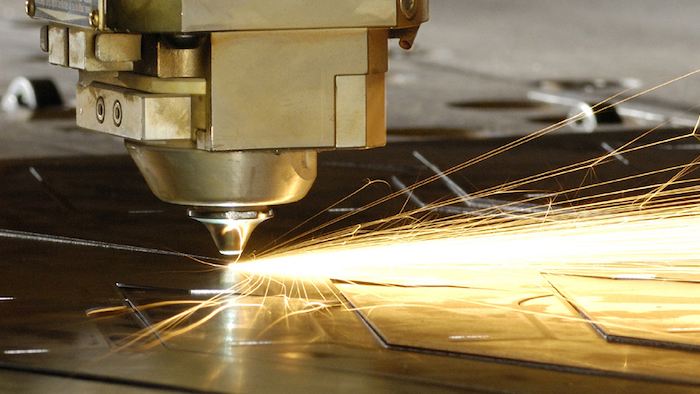 U.S. Manufacturing Technology Orders for January totaled $396 million, marking the second strongest January in the history of the USMTO program. Orders declined 10.5 percent from December, but at half the average decline in January over December levels since 1998. January 2019 orders grew five percent over January 2018—an indicator of continued expansion in the market into 2019 after an annual expansion of 19 percent in 2018.

“January was one of the top two starts to a year in over 22 years of USMTO reporting, signaling that the current expansion is not over,” said Douglas K. Woods, President of AMT – The Association For Manufacturing Technology. “However, the markets in Asia and Europe began contracting in the last third of 2018 which is likely to increase supply in the U.S. The silver lining is that global markets should rebound about the time the U.S. market is expected to begin a short-lived contraction.”

Like the general market for manufacturing technology, most industrial sectors posted double-digit dips in January relative to December 2018. Softer markets in the aerospace, industrial machinery and automotive sectors, which were down by a third or more, led the downward trend. On the plus side, there were several significant exceptions to the general market’s weakness in January. Dramatic order growth in the rail, ship and other transportation sector, as well as an increase that was multiples of December order levels in the household and major appliance industry, helped to keep January levels from sliding further. 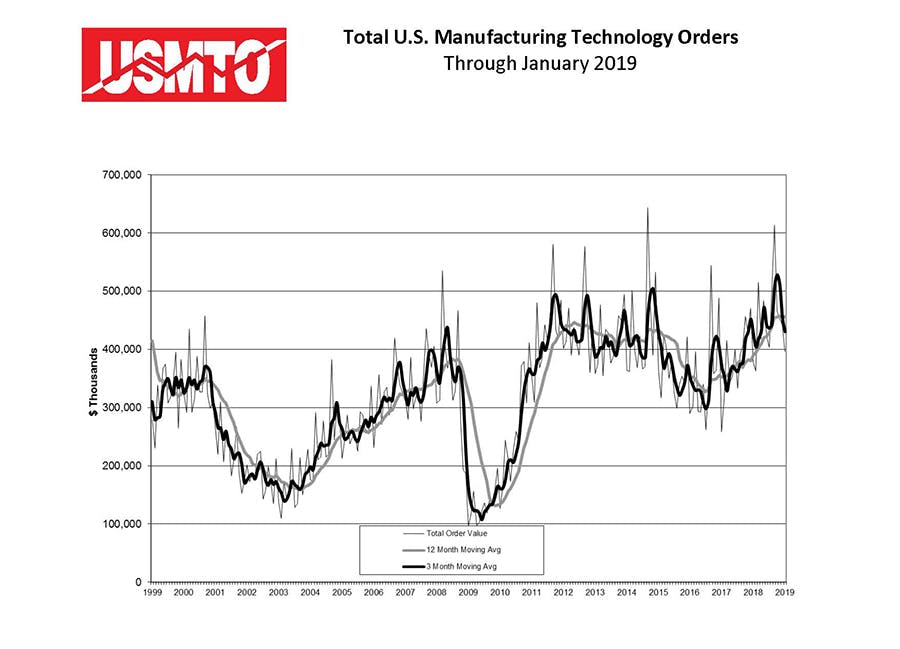 The Southeast and Southcentral regions were able to out-perform the national market performance as each region posted growth of more than 15 percent in January. The order expansion in the Southeast was driven by strong orders from the medical equipment and power generation industries as well as continued strength in aerospace capital spending. Like the Southeast, the Southcentral region posted a large gain in orders from the power generation sector as well as order growth from customers in the construction machinery sector. The West region posted the largest percentage decline falling by more than a third of its December order levels.

The February Manufacturing ISM Report On Business registered a Purchasing Manager’s Index of 54.2 percent, indicating an expanding manufacturing sector albeit at a slower pace. Capacity Utilization dipped slightly in January to 76.4 percent off a post-recession high in the previous month. Light vehicles sales clocked in at 16.6 million units-per-year for January, a decrease from the December reading of 17.5 million. This drop is the largest month-over-month decrease since April to May 2011. Consumer sentiment rebounded 2.6 percentage points to 93.8 percent in February. 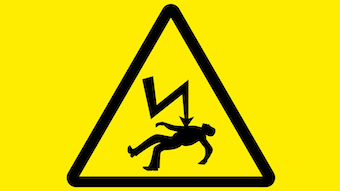 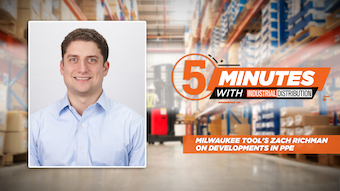 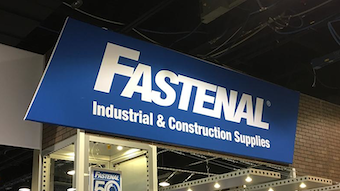 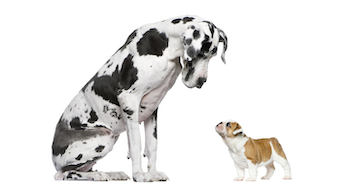 Brendan Breen, who was just promoted to the role of ISA president on Jan. 4, stops by to chat about the general state of the industrial supply market and preview the first in-person ISA convention since 2019.
Jan 10th, 2022
Follow Us
Most Recent