An armed man who entered a UPS processing facility Monday morning in New Jersey and took two women hostage as other employees ran for safety was shot and wounded before being captured, officials said. 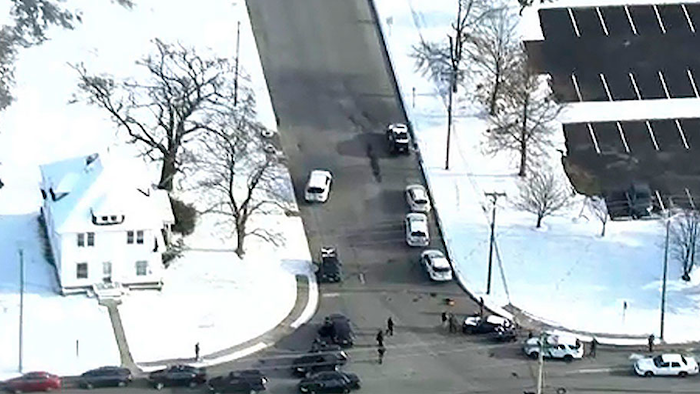 LOGAN TOWNSHIP, NJ — An armed man who entered a UPS processing facility Monday morning in New Jersey and took two women hostage as other employees ran for safety was shot and wounded before being captured, officials said.

The man was taken into custody. Neither woman suffered injuries. All other employees got out of the building safely, Gloucester County Prosecutor Charles Fiore said.

The gunman wasn't identified by authorities.

He entered the building in Logan Township, about 20 miles (32 kilometers) south of Philadelphia shortly before 9:30 a.m. Monday and fired shots, though Fiore said no one was hit. Hostage negotiators began talking to the gunman by phone as he held the women in a barricaded room.

"I heard one of my fellow employees say, 'Run, he's got a gun,' then I heard the little pop of the gun I guess, and we all ran and law enforcement took over," employee Allen Anthony Dowling said.

Shortly before noon, as Fiore was updating reporters on the situation, a short burst of gunfire was heard from the area of the facility. Fiore didn't say how many shots police fired, or whether the gunman fired shots.

Fiore said there was apparently a prior relationship between the gunman and one of the women he took hostage, though he didn't elaborate.

Police swarmed the area in the morning and evacuated employees. Television news footage showed officers crouched behind a vehicle behind the building's loading dock.

Schools in the area were put on a modified lockdown.