Well-known Indianapolis businessman and philanthropist Andre Lacy died Thursday at the age of 78. He was chairman of Lacy Distribution Inc. and previously served as chairman of the National Association of Wholesaler-Distributors. 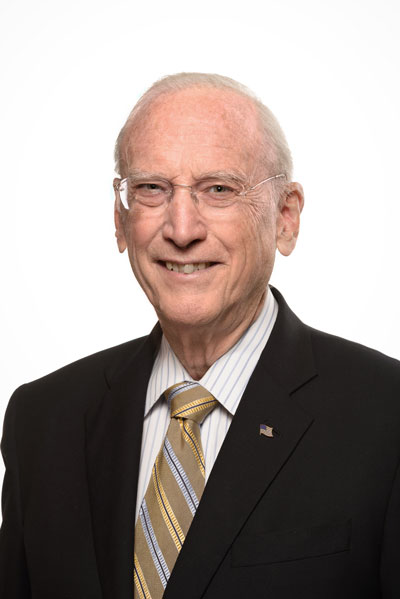 INDIANAPOLIS, IN — Lacy Distribution Inc. and LDI Ldt. LLC announced the death of its chairman, Andre B. Lacy, on Thursday, Nov. 30 at age 78. Lacy passed away in Botswana in a single-rider accident while on a private motorcycle tour in southern Africa.

“We are saddened to share the news that Andre B. Lacy passed away this morning,” said J.A. Lacy, chief executive officer and president of LDI. “Andre was known for his entrepreneurial fire and sense of adventure in business and life. We take comfort knowing that he passed away while pursuing one of his passions in life, and are inspired by the legacy of leadership that he leaves.”

Following graduation from Denison University, Lacy started his career at LDI’s founding enterprise, U.S. Corrugated Fibre-Box, where he worked his way through the corporate ranks. Following the sale of U.S. Corrugated, he was named executive vice president and chief operations officer of the newly created Lacy Diversified Industries, the holding company that would become LDI. He was elected CEO of LDI in 1983 and Chairman of the Board in 1991. He remained chairman following his retirement from LDI in 2006.

A strong advocate of civic progress, especially economic development, agriculture, and education, Lacy was co-chair of the Cultural Trail fundraising committee and a co-creator of Conexus. In 2009, Governor Mitch Daniels appointed Lacy chairman of the Indiana State Fair Commission, a role in which he remained in until his death. As commission chair, he was a driving force behind the State Fair Coliseum restoration.

Lacy provided leadership for many boards, including the United Way of Central Indiana, Indianapolis 500 Festival, Indianapolis Public School Board, and Economic Club of Indianapolis. He served as an advisor for the Lacy School of Business at Butler University. He was also an alumnus of the Stanley K. Lacy Executive Leadership Series (SKL) and served as moderator of Class XV.

In addition to his civic contributions, Lacy was active on numerous corporate boards, including Hulman & Company, Herff Jones, Patterson Companies, Inc., Ethyl Corporation, National Bank of Indianapolis, and Indianapolis Power & Light Company. He is past chairman of the Indiana State Chamber of Commerce and the chairman of the National Association of Wholesaler-Distributors.

Governors Roger Branigan, Robert Orr, and Mitch Daniels each recognized Lacy as a Sagamore of the Wabash.