Q&A: What The GOP Tax Plan Means For Distributors & Manufacturers

The Trump administration has its $6 trillion tax plan that boasts massive tax cuts for corporations. ID chatted with Sikich LLP tax partner Jim Brandenburg to discuss distributors' pain points with the current tax system, and what implications may arise from the proposed tax plan. 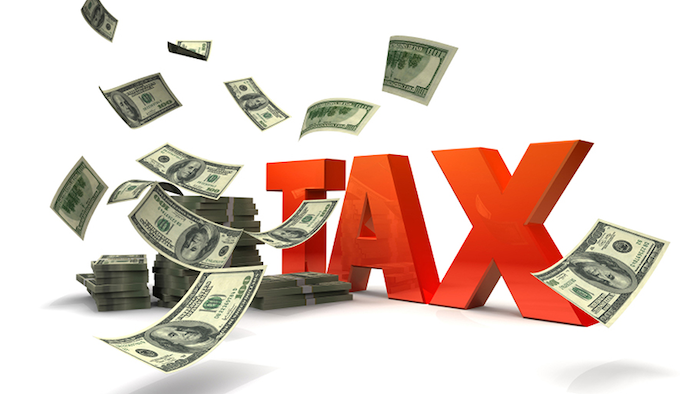 In late September, President Donald Trump and congressional Republicans unveiled an outline of a proposed tax plan that Trump has boasted as the largest in U.S. history. On Sept. 29, Trump provided the broad strokes of that plan in a speech to the National Association of Manufacturers in Washington D.C., with the $6 trillion plan including significant tax cuts for corporations, simplified tax brackets and nearly double the standard deduction used by most tax filers.

However, the finer details of the plan are still largely unknown by the general public.

Aside from a 2015-2016 industrial recession, industrial distributors and suppliers have often cited tax burdens and regulations as hurdles to business growth, so those companies would be wise to keep tabs on what a new tax plan would involve for them.

ID recently spoke with Jim Brandenburg, Tax Partner at Sikich LLP, about what Trump's tax plan means for manufacturing, especially for distributors. Brandenburg's extensive knowledge of tax legislation and experience working with distributors and manufacturers give him a unique perspective discussing current tax impacts and what future implications could be of the proposed tax plan. 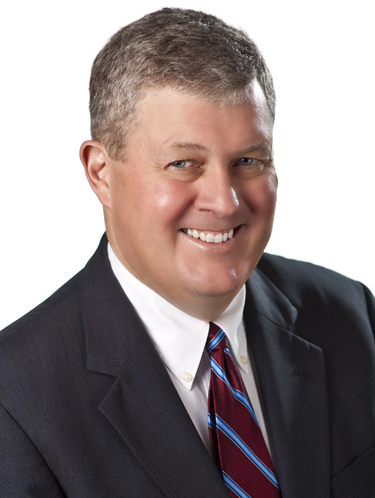 ID: From what you’re hearing, what are distributors and manufacturers’ biggest criticisms/pain points with the current tax structure/regulations?

Uncertainty stems from the fact that many benefits that enable a company to reduce their annual tax burden are not permanent, which hinders a company’s ability to plan too far into the future. For example, under current law, bonus depreciation, which allows companies to immediately deduct the cost of newly purchased assets (e.g., machinery and equipment), is set to be reduced in 2018, reduced again in 2019 and then expire in 2020.

The tax reform debate creates additional uncertainty and leaves companies in a holding pattern as they wait and see whether any legislation will pass at all and, if so, what form the final legislation will take. However, manufacturers and distributors have long sought lower tax rates and would welcome the decrease in the corporate and small business pass-through tax rates that the proposed House bill includes.

ID: What changes would these distributors/manufacturers like to see made?

Jim Brandenburg: Lower tax rates and less uncertainty in overall tax policy would greatly benefit manufacturers and distributors. Additionally, companies would like more immediate tax savings that they can reinvest back into their businesses.

The House bill helps on this front by improving on the current bonus depreciation standards. It allows for 100 percent immediate expensing (for tax purposes) of capital expenditures. However, this provision, if adopted, would need to be renewed by Congress after five years.

One area of particular concern in the tax reform debate for manufacturers and distributors is the future of the last in, first out (LIFO) inventory method. The LIFO method allows companies to alleviate the impact of inflation by expensing the cost of its newest (and, theoretically, highest priced) inventory. This can generate significant tax savings by lowering a company’s reported taxable income. These savings can build over several years and provide some essential working capital for the manufacturer or distributor.

The House bill does not eliminate the LIFO method, so manufacturers and distributors were able to breathe a sigh of relief. Still, the Senate has yet to weigh in on the matter, so companies should continue to keep an eye on this. Any efforts to roll back or repeal the LIFO inventory method would force companies to pay back LIFO savings from decades past. This could cripple many small and midsize manufacturers and distributors.

ID: Many industrial distributors and suppliers struggled throughout 2015-2016 during an ‘industrial recession’. But ever since the start of Q4 2016, industrial economic conditions have improved considerably, and many of those companies that struggled are now back to solid growth. Given that industrial economic turnaround, are drastic tax changes still necessary, or could that be overkill?

Jim Brandenburg: Tax reform that reduces tax rates and creates more certainty without cutting back on the deductions that already benefit the industry would be advantageous to manufacturers and distributors and the wider economy. With lower rates, companies will have more money to reinvest in their businesses to propel growth. And certainty will allow companies to more effectively plan for the future.

That said, it’s important to keep in mind that while taxes are an important part of the mix that impacts economic performance, there are many other factors that could affect manufacturers — positively and negatively — and each individual company has its own set of growth challenges to address.

ID: The GOP revealed its tax plan last week. What are the key takeaways from Trump’s tax plan for distributors/manufacturers? What implications would they have?

Jim Brandenburg: The current House bill has a mix of positives and negatives. On the positive side, the proposed plan reduces the corporate tax rate to 20 percent, which is a sizable reduction from the current 35 percent and also lower than the average of the industrialized world. It also offers a 25 percent tax rate for owners of pass-through entities (S-corporations and partnerships/LLCs). Further, 100 percent immediate expensing of capital expenditures will benefit manufacturers and distributors.

The current proposal also retains several important tax provisions. The research and experimentation tax credit would remain untouched, which is crucial to encourage investment in research and development activity and keep manufacturers and distributors competitive in today’s global economy. However, as Sikich’s 2017 Manufacturing Report found, many manufacturers and distributors still aren’t taking full advantage of this R&D credit, which is a significant missed opportunity. The PATH Act of 2015 made this tax credit permanent. Manufacturers should analyze the merits of this credit and assess how they may benefit financially from the R&D work that is inherent in many parts of their businesses.

The House bill proposes to repeal a few key deductions and credits for manufacturers and distributors, however. The bill eliminates the Work Opportunity Tax Credit and the New Markets Tax Credit and restricts deductions for net operating losses. Additionally, the bill limits the interest deduction for businesses with more than $25 million in revenue. This could especially impact manufacturers that are highly leveraged in order to fund capital expenditures, or manufacturers that have recently gone through an acquisition.

ID: Overall, do you see Trump’s tax plan effectively helping U.S. distributors & manufacturers? Are there any major holes in the plan that could cause problems sooner or later?

Jim Brandenburg: There are certainly positives within the current House plan, including lower corporate and pass-through tax rates and the introduction of 100 percent expensing of capital expenditures. These proposed items should help manufacturers and distributors and the wider economy.

However, the potential downside of the trade-offs required to get lower tax rates (e.g., curtailing certain deductions) cannot be ignored. Manufacturers and distributors need to keep a close eye on this debate and assess the impact of various provisions on their businesses as they seek to chart a path for growth for the years ahead.

ID: What can manufacturers and distributors do to prepare for any changes to tax law?

Jim Brandenburg: It’s important for manufacturers and distributors to follow the tax proposal closely all the way through the legislative process so they have a comprehensive understanding of the final tax rates, the treatment of various credits and deductions, the effective dates, and any potential transition period.

Additionally, if tax legislation passes Congress this year, tax rates will most likely be lower for companies in 2018, while some deductions will be eliminated. Therefore, manufacturers and distributors may want to consider taking full advantage of deductions in 2017 and also look for any opportunities to defer income to 2018 to capitalize on the change in tax rates. Manufacturers and distributors should work closely with their tax advisers to assess opportunities and plan their approach for the current and future tax years.

Threadlockers in Liquid or Gel Formulas

Leasing has a host of benefits that most organizations look at when making a decision.
Jul 26th, 2021

Officials fear the deduction could entice businesses to pay ransoms — against the advice of law enforcement.
Jun 21st, 2021
Follow Us
Most Recent