Planned consolidation in Siemens' divisions for gas, power generation services, process industries and drives will eliminate 6,900 jobs worldwide, including 1,800 in the U.S. 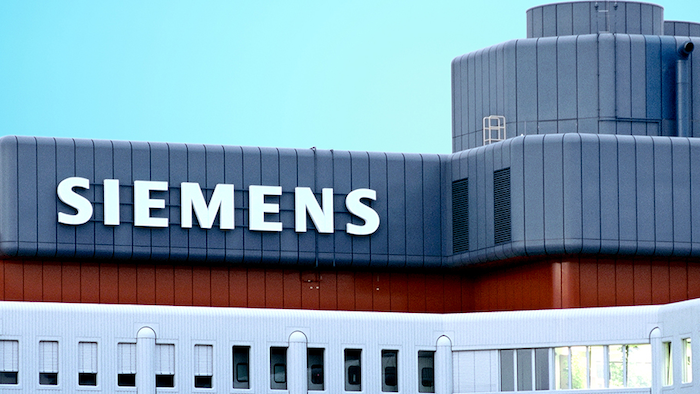 Siemens is responding to the rapidly accelerating structural changes in the fossil power generation market and the commodity sector. A consolidation plan for the Power and Gas Division (PG), the Power Generation Services Division (PS) and the Process Industries and Drives Division (PD) aims to increase capacity utilization at production facilities, drive efficiency and enhance expertise by bundling resources.

“The power generation industry is experiencing disruption of unprecedented scope and speed. With their innovative strength and rapidly expanding generation capacity, renewables are putting other forms of power generation under increasing pressure. Today’s action follows a nearly three-year effort to right-size the business for this changing marketplace,” stated Lisa Davis, member of the Managing Board of Siemens AG. “Our plan is to execute these changes in a fast and prudent manner while also investing in future-oriented technologies. We’re committed to growing this business and to being a capable and reliable partner for our customers in order to help ensure their long-term success,” she added.

“The cuts are necessary to ensure that our expertise in power-plant technology, generators and large electrical motors stays competitive over the long term. That’s the goal behind the measures we’re taking. However, we can reach this goal only if we find answers to the worldwide overcapacities and the resulting price pressure,” said Janina Kugel, Chief Human Resources Officer and member of the Managing Board of Siemens AG. “We’ll plan these measures carefully, diligently and for the long term,” continued Kugel.

According to the plans presented to the employee representatives, a total of around 6,900 jobs worldwide are to be cut in the affected divisions over a period of several years. Roughly half of these jobs are in Germany. The measures involve adapting the global capacities of PG and PS to the expected market volume, bundling key expertise in centers of excellence and consolidating manufacturing volumes at locations with competitive costs. For implementation, consultations with the relevant employee representatives are to begin very soon. The goal is to implement the planned measures in a way that is as socially responsible as possible.

Global demand for large gas turbines (generating more than 100 megawatts) has fallen drastically and is expected to level out at around 110 turbines a year. By contrast, the technical manufacturing capacity of all producers worldwide is estimated at around 400 turbines. PG already began responding to the changed market conditions three years ago. Under its “PG2020” program, it has made considerable progress in the action areas of customer proximity, innovation, costs and organizational efficiency. Examples here include an extensive regionalization of business responsibility, a considerable reduction of product costs, innovations such as the new mobile gas turbine for the growing market for quick power generation, and the market launch of new, more efficient HL gas turbines with a planned efficiency of 65 percent in the medium term. Siemens is committed to this business and will continue to make significant investments in the development of efficiency-enhancing technologies. However, the PG2020 measures implemented to date have to be further intensified since the scope and speed of the market changes have increased significantly. This is also demonstrated, in particular, by the state of the competition in the industry, which is being affected even more strongly than Siemens.

Specifically for PG, a total of about 6,100 jobs will be impacted at PG worldwide. In Germany, plans call for an adjustment of around 2,600 jobs and the closure of the Görlitz location (currently about 720 jobs) and the Leipzig location (around 200 jobs). In addition, the solutions businesses (Solutions) of the Offenbach and Erlangen locations will be combined. These three measures will lead to the elimination of 1,600 jobs in total. For the location in Erfurt, several options are under review, including, for instance, a sale. Around 640 jobs are to be cut in Mülheim an der Ruhr and about 300 in Berlin.

To more effectively protect and leverage expertise in the construction, operation and servicing of power plants, the creation of centers of excellence is planned. This is to be implemented at locations that offer core expertise and advantages in the value chain of research and development, manufacturing, testing and logistics and can enable long-term, competitive development. Outside Germany, the restructuring measures will eliminate a total of just over 1,100 jobs in European countries. In countries outside Europe, another 2,500 jobs will be affected, including 1,800 jobs in the consolidation of production facilities and administrative functions in the U.S.

The situation in the commodity industry, in particular, where customers’ willingness to invest remains at a low level, is especially problematic for PD. In addition, competition is intensifying substantially due to the arrival of low-cost producers. Whether in mining, steel production or shipbuilding, demand for large electrical motors and generators has fallen considerably due a lack of capacity increases by process industry customers. A recovery in these fields is not expected in the foreseeable future. This situation has resulted in substantial overcapacities in the existing manufacturing landscape for these technologies. For this reason, further adjustments are necessary here too. These adjustments will impact just over 760 jobs in Germany. Due to insufficient capacity utilization and a negative business outlook, the focus here is on the Berlin generator factory, whose manufacturing capacities will be bundled at PG facilities in Mülheim and in Erfurt. The elimination of around 570 jobs in Berlin is planned in connection with this measure. Nevertheless, plans do not call for the closure of the Berlin location. Instead, jobs will remain in Berlin, particularly in the areas of research and development, engineering, service and sales.

Siemens continues to invest resolutely in growth markets and is expanding its workforce in the related businesses. In fiscal 2017, for example, the company hired nearly 39,000 people worldwide, including about 5,200 in Germany. As a result, the number of employees in Germany rose slightly year-over-year from 113,000 to 115,000. For 2018, investments in R&D and production facilities are to be increased significantly. The number of new hires is expected to remain stable at roughly the previous year’s level. At last count, Siemens had 3,200 job vacancies. The goal is to transfer as many of the people affected by the restructuring measures as possible to open positions within the company and/or to train them for these roles.

Fastener products continue to comprise a larger portion of the company's sales, while elevated safety sales continue to slow.
Oct 13th, 2020
Follow Us
Most Recent