Mississauga, Canada-based Wajax Corp. posted its 2016 first quarter fiscal performance on May 3, highlighted by a 10.2 percent decline in sales year-over-year, and a $9.7 million loss compared to a $5.7 million profit a year earlier.

In March, Wajax announced that it is undergoing organizational restructuring, transitioning from its current three independent product divisions — Equipment, Power Systems, Industrial Componenents — to a "leaner and more integrated organization." The new organization will be based upon three main functional groups — business development, service operations and vendor development.

Part of that restructuring involves Wajax reducing its headcount across Canada by 10 percent, a move it began at the start of 2015.

During the company's conference call with analysts on May 3, Wajax executives fielded questions regarding overall market conditions and how Wajax is adjusting to them.

Sara O'Brien of RBC Financial Planning led off the question & answer session, asking, "It seems like both power systems and industrial components have been struggling on and off for a couple of years now. Just wondering how you think about that business in the current environment. Is there light at the end of the tunnel in terms of seeing more normalized margin going forward or are we stuck in kind of a difficult situation for at least the foreseeable future?"

To which Steve Deck, senior vice president of Wajax Industrial Components responded saying, "I don’t know if I have a crystal ball to know whether that’s going to improve right now. Right now, we are sitting in a market environment that’s not good that we hope is going to improve, but there are no signs right now."

O'Brien then noted how several years ago, Wajax considered "pairing out" of its industrial components segment, and asked if the company has given any recent thought into reorganizing that business into a core equipment and power group and if the company has looked into other options for the segment.

Wajax CEO Mark Foote was firm in his response, noting the company's current reorganization makes any thought of overhauling industrial components a moot point, before stressing the value of the segment itself.

"There is no consideration like that all," Foote said. Two reasons, one is with the reorganization we are going through now, the kind of current concept for the segments really doesn’t exist past that end of that change.

"Even if we weren’t doing any of that, the importance of industrial components for the company’s overall strategy as far as filling out of broader needs — broader range of needs to its largest customers — it’s a pretty integral part of what we are about. So there is no consideration right now for changing any of that thing." 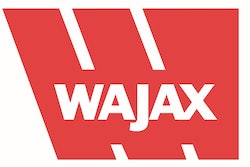